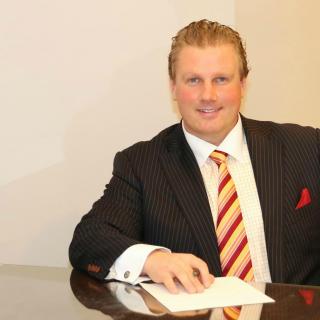 Michael L. Walker graduated cum laude from Queens College, City University of New York in 2003, with a double major in Philosophy and Political Science. While in college, Mr. Walker was elected to the Pi Sigma Alpha and Golden Key Honor Societies. Following college, Mr. Walker enrolled in Albany Law School of Union University, where he graduated in 2006 with a concentration in Business Law. Upon being admitted to the bar in New York and Massachusetts in 2007, Mr. Walker worked in Manhattan at a boutique immigration law firm. He then opened his private practice in Bay Ridge, Brooklyn, in 2008. Mr. Walker is an active member of the New York State Bar Association, Brooklyn Bar Association and Bay Ridge Lawyer’s Association. Mr. Walker is admitted to practice before the state courts of New York and Massachusetts. He is also admitted to the Federal Circuit Courts for the Seventh and Second Circuits, and the Federal District Courts for the Southern and Eastern Districts of New York. Mr. Walker has successfully represented clients before the U.S. Department of Homeland Security, Immigration Customs Enforcement and U.S. Citizenship and Immigration Services. The continued existence of a free and democratic society depends upon recognition of the concept that justice is based upon the rule of law grounded in respect for the dignity of the individual, and the capacity of the individual, through reason for enlightened self-government. Law so grounded makes justice possible. For only through such law does the dignity of the individual attain respect and protection. Without it, individual rights become subject to unrestrained power, respect for law is destroyed, and rational self-government is impossible. Lawyers, as guardians of the law, play a vital role in the preservation of society.

Preparing your Last Will & Testament