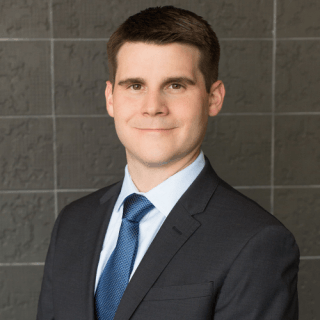 Michael Presbitero joined Starr Law Firm, P.C in November 2017. His practice focuses primarily on business/commercial and real estate transactional matters for small to mid-size private businesses. Prior to joining Starr Law Firm, P.C., Michael was an attorney with two Dallas law firms and represented clients in a variety of litigation (in state and federal courts) and non-litigation matters across the state of Texas, with a focus in business, creditor rights and commercial matters. He has experience representing clients in matters involving a variety of legal areas: mergers and acquisitions, real estate, contracts, insurance, bankruptcy, nonprofit, business/commercial (such as choice of entity and entity formation), estate planning and probate, and creditor’s rights. He is licensed to practice law in both Texas and Illinois and licensed to practice before the United States District Court for the Northern District of Texas and United States District Court for the Eastern District of Texas.

Michael received his Jurist Doctorate from DePaul University College of Law. He graduated summa cum laude, named a member of the Order of the Coif, and received a certificate in business law. During law school, he was a staff member for Volume 61 of the DePaul Law Review and served as Business Manager and Associate Editor on the Executive Board for Volume 62 of the DePaul Law Review. He was also a member of the Phi Delta Phi International Legal Fraternity. In the year following law school, Michael passed both the Illinois and Texas State Bar Examinations. He was honored for his performance on the February 2014 Texas Bar Examination, earning the third highest score in the state of Texas.

Michael received his undergraduate degree from the University of Illinois at Urbana-Champaign, graduating with a B.S. in Finance, conferred with high honors.

Texas Rising Stars
Super Lawyers
2020
“Texas Rising Stars” recognizes attorneys across more than 70 practice areas who are 40 years old or younger or in their first 10 years of practice. Inclusion is based on a highly selective process comprised of detailed and comprehensive peer nominations, evaluation and research – yielding only those who have both a high degree of peer recognition and professional achievement. Just 2.5% of eligible lawyers in Texas are named to the list.