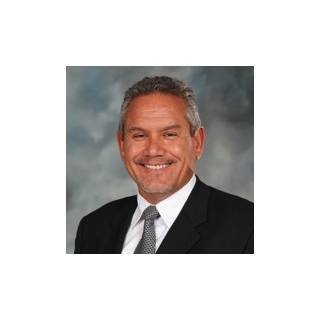 Mike Arias is the senior and managing partner of the firm. He handles matters throughout the United States. Mr. Arias has litigated and tried matters from New York to Texas to California, in both state and federal court. He has resolved hundreds of matters, either by trial, arbitration, mediation or negotiated settlement, resulting in millions of dollars in recovery for the firm's clients. His most recent trial victory resulted in a judgment and subsequent settlement in excess of $19 million. His most recent settlements total well in excess of $50 million. Mr. Arias has also successfully defended and counseled many of the firm's business clients. Although his practice is diverse, he primarily handles the firm's complex, class action, multi-party, mass tort and business litigation matters.

Mr. Arias has written, lectured and spoken on various subjects at law schools, legal seminars, teleconference webinars and legal conferences on topics including: class actions, mass tort litigation, expert witness depositions, death care litigation, unfair business practices, business litigation, settlement issues and strategies, construction defect litigation, business torts, complex litigation, electronic evidence, discovery, employment law and representative actions. He also has been featured in numerous local, state and national news articles and professional publications. Mr. Arias has obtained an "AV" rating by Martindale-Hubbell. The "AV" rating is the highest rating given and is awarded only upon reaching
"heights"of professional excellence, both in terms of legal ability and ethical standards. He has also been selected to Southern California Super Lawyers for 2009 and 2010, an honor reserved for the top 5% of attorneys practicing in Southern California. Mr. Arias has also been retained as an expert witness/consultant in numerous matters.

Mr. Arias received a Bachelor of Science degree in Economics from Southern Connecticut State University and his Juris Doctor degree from Pepperdine University - School of Law. During law school, Mr. Arias was elected to the Moot Court Board, represented Pepperdine in the Jessup National Moot Court Competition, and was appointed Chairman of the Trial Advocacy Board.

Prior to forming Arias, Ozzello & Gignac, Mr. Arias was associated with a well known litigation firm where he was lead trial attorney on one of the firm's trial teams. He handled matters ranging from complex business and technical litigation to major product-liability and personal injury matters. Previously, Mr. Arias was associated with an internationally renowned litigation-defense firm where he worked on a wide range of matters including contract, aviation-disaster and product-liability litigation.

Mr. Arias is the immediate past President of the Neighborhood Council of Westchester/Playa del Rey. He served as Vice-President of Governmental Affairs of the LAX Coastal Area Chamber of Commerce and is the past Chairman of the Board of the Westchester Family YMCA. He serves on the Board of Directors of numerous organizations including the Westchester Playa Del Rey Youth Foundation, LAPD Pacific Area Boosters Association and the Westchester Rotary Club. In addition, he volunteers in various other organizations, chairs several charity golf tournaments and has coached several youth sports teams.