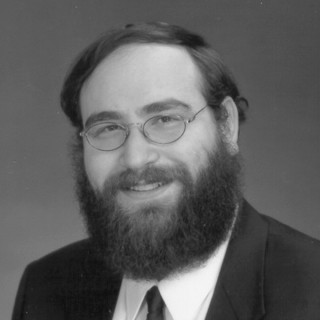 Moshe works with families to help them address their long term care needs, such as applying for Medicaid Nursing Home benefits.

Moshe began his career as the chaplain of Cedar Village – The Jewish Nursing Home of Cincinnati. His duties at Cedar Village included counseling the elderly and their families. During his tenure, Mr. Toron enrolled in the Chase College of Law, where he established himself as an award winning student. He was a member of the Dean’ s List four times and was awarded the Cincinnati Bar Association Auxiliary Award.

The Consumer's Guide to Medicaid Planing and Division of Assets
January, 2006

Q. My mother and I own a home jointly with a survivorship. My mother passed away, Can medicaid take my home?
14 September 2021
A: Medicaid could put a lien on half of the house in order to recoup any funds they paid on behalf of your mother. This is assuming she was in a nursing home or received nursing home waiver services or received Medicaid benefits after age 55. However, if you took care of your mother for 2 years in the house, or you are disabled or you have certain types of hardships, then you may be able to avoid having Medicaid come after the house during your lifetime or sometimes even get permanent relief from the lien. It is recommended you speak to an elder law attorney that specializes in Medicaid.

Q. My Father passed away last year after a long stay in a nursing home in Ohio. What do I do with his truck?
4 August 2021
A: If the truck is worth less than $5,000 and you paid for the funeral and the funeral cost more than the value of the truck, then you can file for a Summary Release from Administration and Medicaid does not need to be informed or paid back.

Q. Can I file probate claim if I'm the only child of record, but I live in another state?
4 July 2021
A: If he is not married and you were his only child (i.e. he had no other living or deceased children) then you are entitled to his entire probate estate, if he had no will. However, certain assets may have passed directly to your aunt or others, if they were named on his bank account or life insurance as beneficiaries. More information is needed.