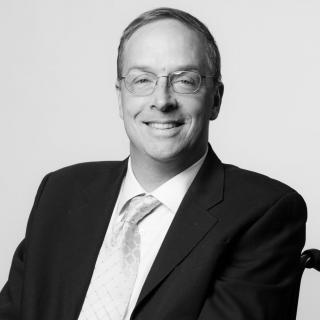 Gary R. Johnson is a personal injury lawyer and has been advocating cases since 1994. He began his career as am attorney in Portland, Oregon, representing people injured in car accidents, and has tried and won many jury trials.

In 2003, he started leading the litigation department of a law firm in Bend, allowing him the opportunity to practice personal injury law while raising his family in beautiful Central Oregon. He now uses his 28+ years of experience to ensure his clients are fully and fairly compensated for their injuries.

Philosophy:
I believe in fairness. People harmed in car or slip and fall accidents should receive reasonable compensation for their injuries, and for the hassles they are forced to endure.

More and more, insurance companies are not honoring their commitments anymore. That frustrates me, and makes me work harder to ensure my clients are not taken advantage of. Fairness works both ways though. I also believe people should not necessarily recover unreasonable amounts just because they were injured.

If you want an experienced attorney who will fight for your rights – and will fight harder when the going gets tough – I’m your man.

Attorney at Law
Gary R Johnson
2016 - Current
A personal injury law firm providing professional representation to those who have been injured.

Gus G. Solomon Chapter of American Inns of Court
Member
1994 - 1999
Activities: The American Inns of Court is designed to improve the skills, professionalism and ethics of the bench and bar. An American Inn of Court is an amalgam of judges, lawyers, and in some cases, law professors and law students. Each Inn meets approximately once a month both to "break bread" and to hold programs and discussions on matters of ethics, skills and professionalism.

Q. I got hit by a cyclist as I was walking on a sidewalk.
October 20, 2017
A: No that's incorrect. Bicyclists can ride their bicycles on sidewalks unless the municipality has a regulation prohibiting that. Even so, bicyclists must exercise reasonable care to avoid pedestrians.

Q. If an existing health issue gets worse after a car accident can you sue for that?
June 2, 2017
A: yes you can. It's called aggravation of a pre-existing condition. There is a uniform civil jury instruction on point. You should consult with an attorney as aggravation claims are difficult to prove.

Q. If I was injured in a car collision while at work by another driver who was at fault. Who pays, their insurance or work?
April 2, 2017
A: Your employers Worker's Compensation insurance should pay your medical bills and time loss. You should fill out a form 801 asap reported the accident to your employer. You also have a claim against the at fault drivers insurance company for your pain and suffering.

Looking for a personal injury attorney in Bend, Oregon? Gary R. Johnson is proud to serve the active community of Central Oregon. He brings more than two decades of in-depth...