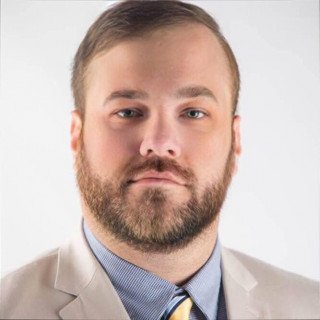 A life-long resident of Athens, Georgia, Samuel E. Thomas is a 2010 graduate of the University of Georgia with a B.A. in Political Science. He is also a 2012 graduate of the University of Alabama School of Law in Tuscaloosa. He was admitted into the practice of law in June of 2013. Samuel E. Thomas is a fourth-generation small business owner in the Athens, Georgia area. He is admitted to all State and Superior Courts throughout the state of Georgia along with the Georgia Court of Appeals and Supreme Court of Georgia. In 2020, Mr. Thomas was admitted to the practice of law in the State of Tennessee.

Mr. Thomas is the Current Chair of the Modest Means Committee and Vice-Chair of the Law Practice Management Committee of the American Bar Association Family Law Section working with top family lawyers from across the United States.

UGA Law Family Law Society, Athens, Georgia
January 9, 2017
The University of Georgia School of Law
Spoke on the daily life of a family law attorney and opportunities for law graduates.

Athens Favorite Lawyer to Sort Out Your Affairs
Flagpole Magazine
2020

Athens Favorite Lawyer to Sort Out Your Affairs
Flagpole Magazine
2019

Tennessee
Board of Professional Responsibility of the Supreme Court of Tennessee
ID Number: 038053
Since 2020

Q. Permanent guardianship was given to my ex's aunt when she lost parental rights in Juvenile Ct/DFACS. Can I get my 16y/o?
23 January 2019
A: You def have an argument. I would hire a lawyer and pursue this case.

Q. If I was given full custody of my grandchildren inn court of law do I alsohave guardianship
16 January 2019
A: I agree with my fellow colleagues

Q. MY HUSBAND TOOK MY 3 KIDS BACK IN OCT 2017 HE WONT LET ME SEE THEM OR GIVE THEM BACK AND AM WORRIED
16 January 2019
A: Why not file for divorce and enforce your custodial rights as their mother? It is time to act here.

A life-long resident of Athens, Georgia, Samuel E. Thomas is a 2010 graduate of the University of Georgia with a B.A. in Political Science. He is also a 2012 graduate...

If you are facing a divorce, child custody dispute, or are wanting to adopt a child, please call The Athens Georgia Divorce and Child Custody Lawyer Samuel E. Thomas at...