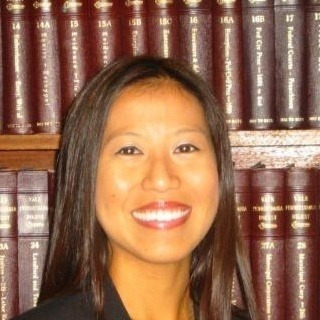 Ms. Post is an experienced counselor and litigator, concentrating her practice in the representation of employees in all aspects of employment related litigation in federal court and before administrative agencies. This includes claims of sexual harassment, retaliation, breach of contract, wrongful discharge, and discrimination based on race, gender, color, religion, national origin, disability, age, and pregnancy.

As a litigator, Ms. Post has represented both employees and employers in litigation in the United States District Court for the Eastern District of Pennsylvania, Pennsylvania Commonwealth Court, Philadelphia Court of Common Pleas, the American Arbitration Association, the Equal Employment Opportunity Commission, Pennsylvania Human Relations Commission, and the Philadelphia Commission on Human Relations. She has advised management and HR personnel regarding employees' performance appraisals, employee relations, EEO investigations, employee counseling, and employee discipline. Her substantial brief writing experience includes all aspects of federal and state court and arbitration pleadings and discovery relating to labor, employment and civil rights issues.

Prior to establishing The Post Law Firm, Ms. Post was an Associate at Cohen, Fluhr & Gonzalez, P.C., where she focused her practice on Immigration and Labor and Employment law. Prior to joining that firm, Ms. Post was an Assistant City Solicitor with the Labor and Employment Unit of the City of Philadelphia Law Department. She began working at the Law Department in 2002 in its honors program. In that position, Ms. Post represented the City, its agencies, and its management in all aspects of labor and employment matters. In November 2009, Ms. Post was named one of National Asian Pacific American Bar Association's Best Lawyers Under 40. She was among only 18 honorees in the United States who received this prestigious award in 2009. In August 2007, Ms. Post was selected by American Lawyer Media as one of Pennsylvania's Lawyers on the Fast Track.

Ms. Post received her J.D. from Temple University School of Law, where she was Editor of Notes & Comments for the Temple International and Comparative Law Journal and received the outstanding oral advocacy award for Trial Advocacy I and the Albert P. Friedman Prize for research and writing. Ms. Post received her Master's degree from the University of Pennsylvania and her Bachelor's degree from Haverford College. Ms. Post is admitted to the Pennsylvania and New Jersey bars. Ms. Post is also fluent in Burmese and French.