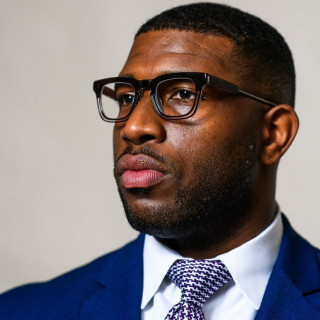 Nichad Davis joined Tin Fulton Walker & Owen in 2022. Nichad supports the firm in the areas of civil rights, employment, education, personal injury, and wrongful death. After graduating law school, Nichad gained valuable experience working at a Charlotte insurance defense firm, representing employers and insurance companies in complex litigation. Nichad later made the decision to dedicate his life to advocating for plaintiffs, and worked at a reputable personal injury firm in his hometown of Greensboro, NC.

Nichad believes that he was born to be a civil rights attorney. Growing up in Greensboro, his grandfather was a notable advisor to civil rights leaders, including members of the Greensboro Four, who became the face of student protest that sparked change nationally and resulted in the desegregation of public accommodations during the Civil Rights Movement. He has a passion for advocating against systems and structures that subvert the rights of people, whether it be a Constitutional violation or an issue in the workplace.

Nichad served as a 7th grade social studies teacher in Duplin County, North Carolina through Teach for America. His time as an educator birthed his desire to attend law school, continuing his fight for education equity and anti-discrimination.

Nichad is an active member in the North Carolina Advocates for Justice (NCAJ) and the North Carolina Bar Association (NCBA). Nichad has also continued his public service locally through a non-profit he founded, Davis Academy, which is dedicated to promoting equity and closing the achievement gap in North Carolina. He founded the Rose From Concrete Scholarship Fund which provides academic scholarships and internships each year to a graduating senior at James B. Dudley High School. In addition to his community involvement, he serves as a mentor to students at North Carolina A&T University. Nichad enjoys college football games, cooking, playing chess, and spending time with his family