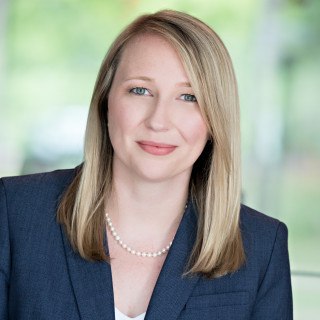 By the time she was 5-years-old, Nina Towle Herring had decided to become a lawyer. This prodigious desire to help people through the law began as young Nina watched re-runs of her favorite show, Matlock. This fictional portrayal of a lawyer made quite an impression on her, planting seeds of justice and service in her young mind.

During her first year of practice, she was a part of the first bellwether trial team for a massive water contamination case out of West Virginia and Ohio. The trial resulted in a $1.6-million-dollar verdict for the plaintiff who had developed kidney cancer as a result of her exposure to the toxic water. This was an unbelievably rewarding end to her first year of practice.

Nina and her husband enjoy tackling do-it-yourself projects over the weekend and reside in their new home in Vestavia with their two very active border collies, Wyatt and Fin. They recently welcomed their first child, a boy named Landrum Scott Herring.