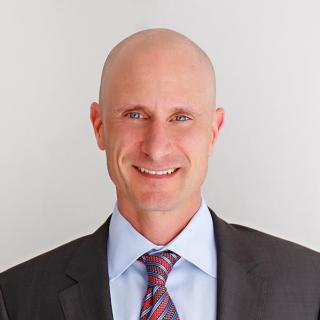 After a decade of successful practice, Paul decided he would rather help real people instead of the rich hospitals and insurance companies that once retained him. He resigned his partnership at a prestigious defense firm, and began working as a personal injury lawyer serving injured people in their fight for justice against the very hospitals, corporations and insurance companies that once retained him. Since then, Paul has obtained tens of millions of dollars in compensation for his injured clients and their families. The results that Paul has achieved for his injured clients have earned him recognition as a Super Lawyer, a Top 100 Trial Lawyer and Life Membership in the Million Dollar and Multi Million Dollar Advocates Forums.

Do You Have a Medical Malpractice Claim?
November 17, 2016

Federal Courts of the District of Columbia

Q. Is there a statute of limitations for filing a medical malpractice claim on behalf of a minor?
June 10, 2017
A: Minors generally have until they reach the age of 18 before they are held responsible for knowledge of a claim. Therefore, the SOL usually runs three years after that. However, there are many variables that can impact these generalities. Your best bet is to contact an experienced medical negligence attorney and discuss the case in detail.

Q. If my seventeen year old son ran a stoplight and hit a pedestrian, can they sue me as his parent for medical expenses,
June 7, 2017
A: I am sorry to hear this happened. The short answer is yes, you can be sued. Whether your car insurance company covers the claim will come down to the policy language and how it's applied to the facts regarding your son's obtaining the keys to the car, his past history, if any, of unlawful or reckless behavior, and the circumstance of his use of the car in this specific instance.

Q. I had a different medical outcome than my doctor said I would. Is this malpractice?
May 26, 2017
A: An unintended medical outcome is potential medical malpractice case. However, no one, not even a lawyer, can answer this question for you without a careful review of the facts and medical records relevant to your claim. For more information on whether you have a case, please visit: https://damoreinjurylaw.com/medical-malpractice/medical-malpractice-guide/do-you-have-a-case

Kieara's daughter went into cardiac arrest and sustained a brain injury. Confused and very upset, Kieara contacted Paul D'Amore. Paul's past experience of representing big hospitals and insurance companies allowed him to get Kieara and her daughter the compensation they deserved.

Myrna fell in the hospital due to a defective toilet safety frame. The result was a broken shin bone. When she asked about the frame, no one in the hospital could find it; it had conveniently disappeared. She didn't know what to do next so she contacted Paul D'Amore.

Mike gradually started to lose his voice, hearing, and sight. Mike was misdiagnosed and by the time the doctors figured out what was wrong, he could no longer work or walk anymore. Paul and his team fought for Mike and got him the compensation he deserved.