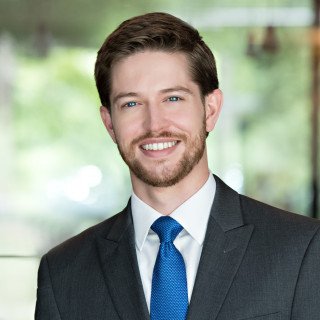 R. Andrew “Andy” Jones is a man of action—inspired by those who take bold strides to help others. His favorite quote, “Do what you can, where you are, with what you have,” comes from the invigorating words of President Teddy Roosevelt, and it reflects the values that Andy holds dear in his personal and professional life.

From an early age, Andy was interested in becoming a lawyer to make a positive impact on others. Since joining Cory Watson Attorneys as a summer law clerk in 2011, Andy quickly distinguished himself among his colleagues and clients. Within three years of becoming an attorney, he was tapped as co-lead of the firm’s Asbestos Practice where he helped obtain over $20 million dollars in settlements for clients. He also had success as a litigator by fighting for a case that had a positive impact on future wrongful death cases statewide.

In the community, Andy is involved in the Birmingham Bar Association and Alabama Association for Justice, in the sections of these organizations that allow young lawyers to share innovative ideas that lead to better results for their clients. Andy also mentors local college students looking to attend law school through Birmingham Southern College’s Panther Partnership Program. Among his accomplishments and awards, Jones has been a voice of influence as the Associate Editor for the Cumberland Law Review and as a contributing writer for the American Association for Justice’s Newsletter.

Before becoming an attorney at Cory Watson, Andy has always been a true Alabama native. He grew up in Alabaster, graduated from Shades Mountain Christian School in Bluff Park, attended The University of Alabama, earned his law degree at the Cumberland School of Law, and has never lived outside of North or Central Alabama. When he’s not in court or in the office, Andy and his family can be found outdoors enjoying the natural beauty of his home state. His favorite pastimes include hiking, rock climbing, and trail running.

Blog
Get the Facts About Mesothelioma