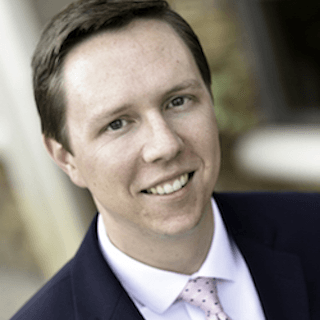 R. Deniger Cobb, Jr. is a Mississippi Delta native who moved to Memphis in 2010 where he started his career and later attended law school. He is a graduate of Delta State University where he obtained a Bachelor of Science degree while majoring in Biology and minoring in Chemistry. While attending Delta State University, he was President of the Pi Kappa Alpha Fraternity, a member of Who’s Who Among American Colleges and Universities, and elected into the Delta State Hall of Fame. After graduating from Delta State, he entered the nonprofit world and traveled the country as a consultant for the Pi Kappa Alpha International Fraternity. There, he worked with students and alumni providing best practices in the areas of finance, recruitment, health and safety, and university relations.

After a three year stint of nonstop traveling, Mr. Cobb elected to go to law school at the University of Memphis, Cecil C. Humphreys School of Law. During his tenure at Memphis Law, he served as Executive Director of the Student Bar Association and actively participated as a member of the Moot Court Board. As a result of his involvement on the Moot Court Board, Mr. Cobb represented the University of Memphis in the Duberstein Bankruptcy Moot Court Competition where he and his teammate advanced to the National Semifinals in New York City.

At Nahon, Saharovich & Trotz, Mr. Cobb practices in the areas of auto and trucking accidents. He joined NST because of his passion to help others in times of unfortunate circumstances. As the largest personal injury firm based in Tennessee, he found the firm’s tireless efforts to help those in need addicting and knew from his very first interview with the firm that he wanted to be a part of such a great endeavor. He is driven by the team atmosphere the firm engages in with every single client and the attention to detail that everyone in the office uses when working on each case from start to finish.

Mediator
Rule 31 Mediator Training, 40 hour training required by the Tennessee Supreme Court to be a listed as a Mediator