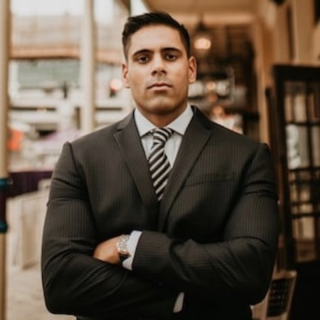 Attorney Rahul Parikh is an award-winning criminal and civil trial attorney located in Orlando, Florida with an extensive track record of success both in and out of the courtroom. Due to his unrelenting commitment to excellence, Mr. Parikh possesses a 10.0 Superb Avvo Rating was selected as Florida Trend Magazine’s Up and Comer in 2019, Expertise’s Best DUI Lawyers in Orlando in 2020, and was included in The National Trial Lawyers: Top 40 under 40.

He is best known for his trial skills, diligent and pragmatic approach to solving problems for his clients and aggressive posture toward litigating cases.

Mr. Parikh’s career began practicing real estate and contract law, but he was always a litigator at heart. His love for trial began at South Texas College of Law and continued as a Prosecutor (Assistant State Attorney) in the Ninth Judicial District of Florida, where he tried over 15 jury and bench trials in his first year alone.

With a background in business and contracts, and trial skills gained while at the prosecutor’s office, Mr. Parikh founded Parikh Law, P.A. in 2019.

Parikh Law, P.A. has gained a reputation throughout Central Florida among clients, Judges, attorneys, law enforcement, mediators, and others involved in the justice system for high power representation of its clients while providing VIP service.

Attorney Parikh has tried over 35 jury and bench trials, won awards at arbitration of over 1.5 million for his clients, and successfully defended hundreds of individuals who were accused of crimes throughout Central Florida.

His refined trial skills, attention to detail, and relentless preparation of cases have earned his client’s favorable outcomes well before a trial was ever necessary.

The Life of a Criminal Case
Avvo

What We Do Best | Parikh Law

Were you charged with a crime? It is important that you get the representation you need to build a strong case and avoid a conviction. At Parikh Law, we have...