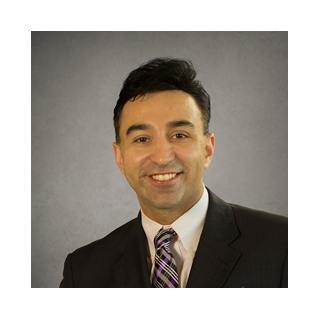 Criminal Defense Lawyer Rajan Joshi received his Bachelors degree from the University of Central Florida in 1996, and earned his law degree with Honors from the University of Florida College of Law in 2000. While in law school, Rajan Joshi demonstrated academic excellence, earning the highly coveted Book Award in Criminal Procedure (highest grade). Mr. Joshi was also selected and employed by the Dean of Student Affairs to tutor first-year contract students and conducted his own class to prepare the students for their final exam. Mr. Joshi also worked as a legal intern at the Seminole County State Attorney's Office and at the Alachua County State Attorney's Office. The Florida Supreme Court certified him as a legal intern prior to completing law school, which allowed him the opportunity to argue six jury trials prior to graduation. Rajan Joshi scored among the Top Five Highest Scores in the Bar Exam for the entire State of Florida. Based on this performance as well as his stellar academic achievements, the Chief Judge of the Fifth District Court of Appeals selected him to be the Valedictorian speaker at the October 2000 induction ceremony for newly sworn lawyers in Orlando. Mr. Joshi is rated Excellent under Avvo's ratings of Lawyers. Rajan Joshi started his legal career as an Assistant State Attorney in Jacksonville, Florida. In his four years working as a state prosecutor, he further developed his trial abilities both in criminal prosecutions and in post-conviction motions. Within his first year, he was promoted to the felony division, and then based as his aggressive, ethical and superb performance as a prosecutor he was promoted to the Repeat Offender Court a year later, where he prosecuted habitual felony offenders and Violent Career Criminals for every serious crimes for his remaining two years as a prosecutor. Rajan Joshi received the 2003 Jury Trial Award for trying more case than any prosecutor in the Fourth Judicial Circuit, which includes Duval, Clay and

Honored Member
Cambridge's Who's Who Registry of Executives, Professionals and Entrepreneurs

Cambridge's Who's Who Registry of Executives, Professionals and Entrepreneurs
Honored Member
Current