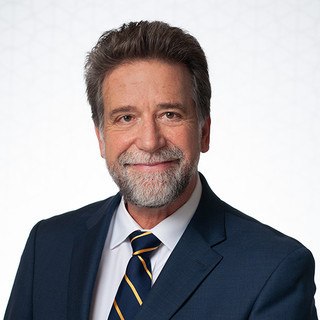 Raymond M. Dall’Osto is a partner with the law firm of Gimbel, Reilly, Guerin & Brown LLP in Milwaukee, Wisconsin, and is admitted to practice law in Wisconsin and Illinois. His practice areas are white-collar and criminal defense in federal and state courts, defense of regulatory investigations, professional discipline defense, ethics and licensing matters, civil litigation, personal injury, employment, and constitutional rights.
Ray received his law degree from the Marquette University Law School in 1977. He taught there as an adjunct professor of law from 1985 to 1990, and also has lectured at the University of Wisconsin Law School. Before going into private practice, he served as Legal Director of the American Civil Liberties Union of Wisconsin and was a felony trial attorney and director of the public defender office in Milwaukee.
Ray was elected and served several terms on the State Bar Board of Governors. He also has served as the chairperson of the State Bar Criminal Law and Individual Rights Sections, on the Professional Ethics Committee, Legislative Oversight Committee, and as a Fee Arbitrator.
Ray was appointed to and served on the Wisconsin Legislature’s Wrongful Conviction Task Force and helped draft interrogation and fair identification procedure reforms. He has long been active in criminal justice, equal rights, and sentencing reform efforts. Over the years, Ray has developed and lectured at many continuing legal education (CLE) programs on criminal law and procedure, evidence, constitutional rights, and legal ethics. Ray is recognized in Best Lawyers in America, Super Lawyers, and as AV Preeminent in Martindale Hubbell. Ray’s email address is dallosto@grgblaw.com.

State Bar of Wisconsin  # 1017569
Member and past Governor and section chairperson
1977 - Current
Activities: Past Chairperson and Director of State Bar Criminal Law and Individual Rights Sections Elected and served on the State Bar Board of Governors Serve on State Bar Fee Arbitration Panel