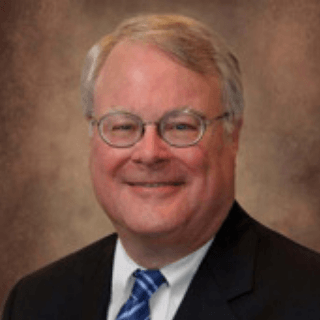 Rick Cornfeld spent 31 years with the finest general practice law firm in the Midwest, defending some of the largest and most scientifically complex lawsuits ever brought, including the longest jury trial ever held, Kemner et al. v. Monsanto Co., and the largest lawsuit in dollar terms ever tried, United States v. Philip Morris USA, Inc., et al. His work at that firm earned him selection in The Best Lawyers in America (Mass Tort Litigation/Class Actions - Defendants), Missouri Super Lawyers, and Who's Who in America, as well as a Martindale-Hubbell AV Preeminent® rating, signifying the highest level of professional excellence according to his peers.

Among other accomplishments, he was noted for his expert “take-downs.” For more detail on how he defeated opposition expert witnesses, click on this link.

In 2012 Rick left to pursue a different kind of litigation. He now represents consumers whose rights have been infringed in ways that until now have unfortunately gone largely unnoticed by our legal system.

Rick graduated with a B.A. with distinction from the University of Michigan and a J.D. from Northwestern University School of Law, where he was an editor of the Law Review and was selected to the Order of the Coif for graduating in the top 10% of his class.

Outside the practice of law, he is active in the Jewish community. He is past president of United Hebrew Congregation, one of the largest synagogues in the Midwest, and is a member of the American Israel Public Affairs Committee (“AIPAC”), for which he serves on the National Council and co-chairs (with his wife Marcy) the St. Louis Council.

Owner
The Law Firm of Richard S. Cornfeld
2012 - Current
Consumer Protection Attorney representing individuals who sustained losses due to deceptive, unfair and unethical commercial practices. See my website, www.cornfeldlegal.com, for a description of my current cases and investigations.

Partner
Thompson Coburn LLP
1981 - 2012
For more than 30 years, I defended companies in toxic tort, product liability, environmental and other large lawsuits. I represented national corporations in the agribusiness, chemical, railroad and tobacco industries.