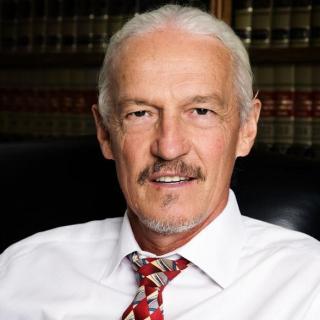 Mr. Landheer first worked as an associate attorney in the early 80s with the Law Office of Richard Peterson in Mendocino County, California. He tried major felony cases and successfully exonerated his client in his first homicide trial. He also assisted his partner in preparing the defense in a capital case in neighboring Lake County. Additionally, he litigated and defended many marijuana cultivation cases and wrote appeals. In 1983, he moved to Santa Barbara and opened an office with his associate, former District Attorney of Mendocino County Joseph D. Allen. In 1985, he was invited to join the Santa Barbara County Public Defender's Office, where he remained until he retired and opened a private practice in 1990. Mr. Landheer served as chairman of the board of the Santa Barbara Legal Defense Center, a nonprofit legal advocacy group for indigent and homeless persons in the 80s. Mr. Landheer was recognized as Professor of the Year in 1999 by the student body at the Southern California Institute of Law, where he taught jurisprudence, the philosophy of law. Mr. Landheer has been featured on Dateline and 48 Hours. He is frequently consulted by the media and asked to comment on controversial legal issues. He has been interviewed and quoted by the Los Angeles Times and USA Today. He appears frequently on local television news programs.