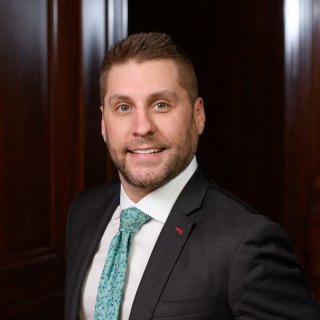 Rob is the "go to" lawyer for his clients when a dispute arises, no matter the issue. He is a trial lawyer who routinely appears on both sides of the docket, regardless if his client is a giant, multi-billion dollar company or an individual seeking justice.

Rob's peers have recognized his commitment to excellence; he has been named a Texas Rising Star each of the past nine years by Super Lawyers®. Selection to this list is a distinction limited to 2.5% of all lawyers in Texas. For the past four years, Rob was distinguished further as one of the "Up-and-Coming Top 100 Rising Stars", a select list of only 100 attorneys in the state. He has also been honored as one of the "Best Lawyers in Dallas" by D Magazine.

Rob has tried lawsuits in state courts, federal courts, before regulatory tribunals, and before arbitration panels for both plaintiffs and defendants. He has gone toe-to-toe against some of the most accomplished and revered trial attorneys in the country, emerging victorious. That said, his successes are not limited to courtroom victories alone; in 2013, Rob obtained one of the top ten reported settlements in Texas according to VerdictSearch in a complex construction defect lawsuit.

Rob's longstanding clients span across a number of industries, including international manufacturing companies, contractors, healthcare providers and organizations, software developers, consulting firms, and more. He is often called on to assess risk and negotiate matters in an effort to avoid litigation. When that is not feasible, he fiercely advocates for his clients in his "second home"--the courtroom.
?
A New York native, Rob made his way to Texas after graduating from Rutgers University in New Jersey to attend Southern Methodist University Dedman School of Law, where he earned Dean's List honors and was one of only ten graduates named to the Order of Barristers, a prestigious honor society recognizing outstanding advocacy skills.

Dallas Association of Young Lawyers
Board of Directors
2012 - Current