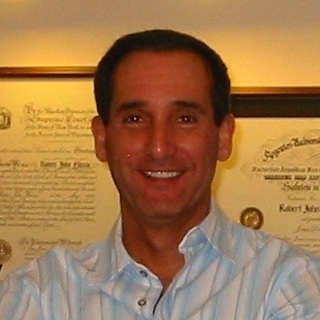 RECOMMENDATION:
Robert is one of the most honorable and courageous men that we have ever known. In his representation for us in the court, he fought for our vindication and for justice as if he were defending his own life. He is a man of truth and integrity, a true defender to the end for the defenseless and innocent victims of the "system".
The following are some quotes that best represent Robert's character:

"The Spirit of the Lord God is upon me
because the LORD has anointed me
to bring good news to the poor;
he has sent me to bind up the brokenhearted,
to proclaim liberty to the captives,
and the opening of the prison to those who are bound..."
...~ Isaiah 61:1 ~

"All the great things are simple, and many can be expressed in a single word: freedom, justice, honor, duty, mercy, hope."
~ Winston Churchill ~

"Confidence... thrives on honesty, on honor, on the sacredness of obligations, on faithful protection and on unselfish performance. Without them it cannot live."
~ Franklin D. Roosevelt ~

"You will never do anything in this world without courage. It is the greatest quality of the mind next to honor."
~ Aristotle ~

James & Adrienne Sottile,
hired Robert as a Attorney in 2008, and hired Robert more than once