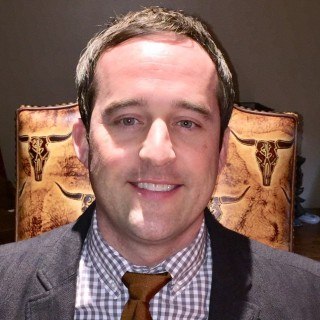 Henry David Thoreau said it best by stating, “the mass of men lead lives of quiet desperation, and go to the grave with the song still in them.” Robert Titus is one of the rare people that will die with no songs left in his heart. A natural extrovert with a passion for the courtroom, Rob’s greatest asset is his ability to connect with people.

Out of law school, Rob worked at one of the biggest oil companies in America as a landman. He ended up as in-house counsel in Kansas working for a top ten oil producer. The great oil crash of 2015 hit the country hard, and Rob especially. He left the oil business and joined firm that specialized in suing gas companies. In three years, Rob assisted several royalties owners achieve multi-million dollars settlements for underpayment of natural gas royalties.

After spending time in private practice, Rob saw a disturbing trend. Far too many of the litigants he saw in court were self-represented. Worse still, most of them could achieve their case goals with quality representation, but could not afford a lawyer. Rob decided to create a law firm that could eschew the traditional model and bring legal service to everyone. And out of the desire to buck the the trend, TItus Law Firm, LLC was born.

Rob lives in Kansas City with his wife Abby, his two children, Lily and Lincoln, and their two Labrador retrievers. You will find him with his kids exploring the lakes and hiking trails of Kansas and Missouri. He is a published author and a proud graduate of the University of Texas English Honors Program. When he is not at work, you will find Rob at a Texas football game, always mistakenly believing that this will be the year Texas brings in a title (it has been a long, dark decade that Rob has nicknamed “the Wilderness”).