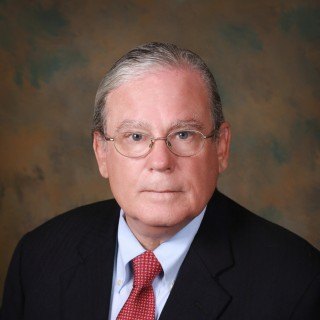 Robert Toale is the founder of the Law Office of Robert S. Toale, a practice focusing exclusively on criminal defense. He works on state, federal, and juvenile criminal cases throughout Southeast Louisiana. He has tried over 100 jury trials and represented over 5,000 clients.

He is a Life Member of NACDL, which he joined in 1986. He currently serves as Vice Chair of the Public Defense Committee. Mr. Toale is a member of NACDL’s Budget and Death Penalty Committees. In addition to his contributions to NACDL, Mr. Toale is a Lifetime Member of NACDL's affiliate, the Louisiana Association of Criminal Defense Lawyers (LACDL). Mr. Toale was installed as LACDL President-Elect in December 2012 and LACDL President in December 2013. At LACDL, Mr. Toale has advocated abolishing capital punishment in Louisiana and bringing adequate funding to indigent defense programs.

Robert Toale is a graduate of Gerry Spence's Trial Lawyers College and of the National Criminal Defense College's Trial Practice Institute, and he has attended multiple-day training sessions at the National Institute for Trial Advocacy. He was certified as Capital Lead Trial Counsel by the Louisiana Public Defender Board. After Katrina, Mr. Toale remained in New Orleans and tried (pro bono) the first 12-person jury trial in Orleans Parish post-Katrina. He has also served his community as Parliamentarian of the Alliance for Good Government, a non-profit organization that hosts forums and endorses candidates for election in Louisiana. Mr. Toale further serves the community as a board member of the Louisiana Justice PAC and as a legal committee member at the National Organization for the Reform of Marijuana Laws. Additionally, Mr. Toale has been interviewed and quoted by numerous news outlets, including CBS News, Newsweek, the Times-Picayune, the ABA Journal, and the National Law Journal. Since August 26, 2017, Mr. Toale has also been appointed by NACDL President Rick Jones to the Predictive Policing Task Force.