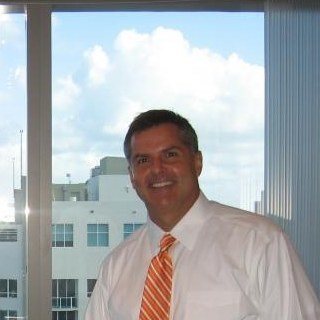 Robert Stickney's career is one devoted to serving justice and country. He has held key positions on both sides of the court room as a State Attorney and Assistant United States Attorney and as criminal defense attorney handling serious crimes in both state and federal court. In addition to his impressive record as an effective litigator, both in and out of court, Mr. Stickney also has a distinguished career in the United States Navy as a naval officer where he has risen to his current command level rank of Captain.

Mr. Stickney is a South Florida native. He graduated from the University of Michigan acquiring a Bachelor of Arts degree in History and Political Science. He also completed the Naval Reserve Office Training Commission program and left Michigan as a commissioned officer in the Navy. After five years on active duty Mr. Stickney commenced law school at the University of Florida.

Upon graduation he worked as an Assistant State Attorney in the juvenile, misdemeanor and felony sections of the State Attorney's Office in Fort Meyers, Florida. Mr. Stickney handled all aspects of pre-trial motions, trial preparations, plea negotiations, and litigation for docket averaging 100 cases per quarter. He prosecuted in excess of 50 bench trials and 35 jury trials to verdict. Mr. Stickney completed four appeals to Circuit Court. He was also responsible for extradition of fugitives.

Due to his competent legal advisement and effective leadership, Mr. Stickney has been recalled to active military duty in support of Operation Enduring Freedom as part of the global war on terrorism -twice. During these periods his service included critical billets such as the Deputy Chief of International Law for United States Forces, Japan. He advised the Commander, US Forces, Japan on current military operations, international issues, rules of engagement, personnel issues, maritime law, the Mutual Cooperation Treaty and Status of Forces Agreement between the United States and Japan.

In private practice Mr. Stickney's primary focus is on federal and state criminal defense litigation with secondary emphasis on general civil litigation with cases throughout the United States. He maintains on office in downtown Fort Lauderdale in the Regions Bank building steps from both the Fort Lauderdale Florida Southern District Federal Courthouse and Broward County's 17th Judicial Circuit. He is centrally located between Miami and West Palm Beach as to best serve his clients with cases in either federal or state jurisdictions of either county.