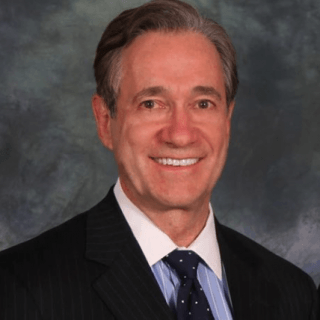 Roy Konray is certified by the New Jersey Supreme Court as a Certified Civil Trial Attorney. He has extensive jury trial experience in the areas of medical malpractice, legal malpractice, catastrophic personal injury cases, and employment law. He has served as chair of the New Jersey State Bar Association’s Medical Malpractice committee. He is a shareholder in the firm and chairs its Complex Litigation Department.

Martindale-Hubbell is America’s oldest lawyer rating organization. Based on peer reports from judges and lawyers, it awards Mr. Konray the highest ratings in both legal ability and ethical conduct (pre-eminent). NationalTrialLawyers.org places Mr. Konray on its “Top 100 Trial lawyers” list. Based on surveys of New Jersey lawyers published in New Jersey Monthly magazine, Mr. Konray has been selected as a “Super Lawyer” in every year the survey has been taken (2005 to 2015). He serves as a Master in the Richard J. Hughes American Inn of Court. Lawyers.com reports Mr. Konray has client ratings of 5 out of 5, as well as peer ratings of 5 out 5.

Mr. Konray is the co-author of a book chapter on detecting fraud in medical records and has authored several articles concerning civil litigation. He is a frequent lecturer on various issues related to trial work. Some legal matters he has handled have received national and worldwide media coverage. Mr. Konray has appeared on the Today show, CNN’s Joy Behar Show, ABC Nightly News and other television shows as a result of legal cases he has handled.

FAQ | In NJ how long do I have to file a malpractice claim? | Team Law NJ

FAQ | In NJ how long do I have to file a malpractice claim? | Team Law NJ

An overview of Team Law's values, knowledge, and experience to help clients who are in need of outstanding legal services, in Union County Clark, NJ | Team Law