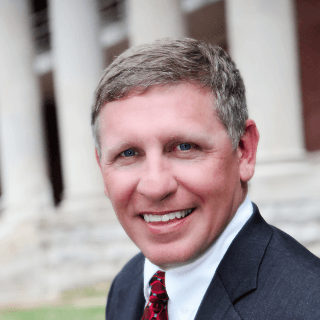 Lester Tate is a trial lawyer who served as the 48th President of the State Bar of Georgia. Since 1996, he has practiced as a shareholder in Akin & Tate, P.C., Georgia’s oldest continuing law firm. He has won numerous million dollar plus verdicts and settlements for his client and has been widely recognized as one of the state’s top lawyers by various publications, including Georgia Trend Magazine, which named him to its list of “Georgia’s Legal Elite,” and Atlanta Magazine, which has repeatedly named him as a “Super Lawyer.” He is currently the Vice Chairman of the Judicial Qualifications Commission and a member of the American Bar Association’s House of Delegates. Lester has spent his entire professional career as a court room lawyer, having tried over 100 civil and criminal cases to verdict. Because of his extensive courtroom experience, he was inducted into the American Board of Trial Advocates, one of the nation’s most prestigious groups of trial lawyers, with the rank of “Advocate.” He is also a Fellow of the Litigation Counsel of America, a trial lawyer honorary society comprised of less than 1% of American lawyers. Lester has also appeared over 30 times in Georgia’s state and federal appellate courts. While devoting most of his time to serious personal injury and wrongful death cases, his practice is unusually broad and has included such diverse matters as federal criminal cases, complex commercial disputes, workers compensation cases, murder trials.

Friends of the Frontiers Award
New Frontiers of Bartow County
2009

State Bar of Georgia
Board of Governors, member
1995 - Current