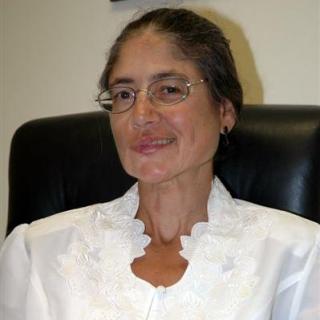 Sally A. Roberts graduated from Radcliffe College of Harvard University (B.A., cum laude, 1979), and then received her J.D. (1982) from Washington College of Law, of American University, where she served as Research & Topics Editor on the American University Law Review. While in law school she worked for U.S. Senator Lowell P. Weicker, Jr. as a Legal Researcher. Ms. Roberts was a litigation associate for several years in Washington, D.C., where she was involved with jury trials in both state and federal courts. Upon return to her native Connecticut, Ms. Roberts was a Law Clerk to Chief Presiding Judge Joseph P. Dannehy on the Connecticut Appellate Court (1984-1985). Ms. Roberts was also a litigation associate at Day, Berry & Howard, where she was involved with appeals to both the Connecticut Supreme and Appellate Courts. Since opening her own law office, Ms. Roberts has practiced in the area of civil litigation, with an emphasis on civil rights cases (including police misconduct), personal injury, wrongful death, car accidents, slip and falls, dog bites, premises liability medical malpractice, and products liability. Attorney Roberts is admitted to practice in Connecticut, before the Connecticut District Court, the Second Circuit Court of Appeals.

More Than One Way to Escape From a Courtroom, Educational seminars

Q. Is there any lawyer in Waterbury that do not ask for upfront fee, and get paid once case is settled?
May 4, 2017
A: I agree with Attorney Rosenberg's post.

Q. How can I find pending civil cases for connecticut online?
February 10, 2017
A: You can start on Googe - plus in any case name. You can look on the CT Judicial Branch website and look up cases there as well. Here is the link: http://www.jud.state.ct.us/ Sally Roberts