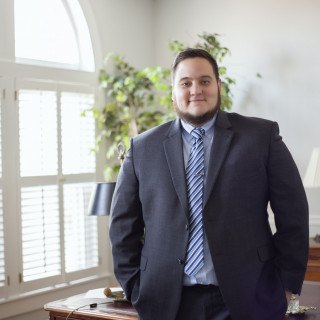 Samuel Hall was born in Knoxville, Tennessee and grew up as a child in both Morristown, TN and Bybee, TN. Samuel graduated from Jefferson County High School in 2009, and then graduated Walters State Community College in 2011 with his Associates of Applied Science in Nursing. He then began working at Covenant Health in 2012 as a Registered Nurse. He worked as a Registered Nurse with Covenant and also with Ballad Health, at Indian Path Medical Center. He received his Bachelors of Science in Nursing at South University in Savannah, Georgia, in 2015.

Mr. Hall graduated law school from Lincoln Memorial University’s Duncan School of Law in May of 2019 magna cum laude. His law school accolades include being awarded the Lincoln Lawyer Award for service, founder of the Young American's for Freedom law school chapter, Sergeant in Arms of the Sons of Justice, and Vice President of the Federalist Society. In law school, his article was also published, below. Samuel received CALI awards in Lincoln's Constitution, Advanced Trial Advocacy, and MEE studies II. The article, titled "President Lincoln: Bending the Iron and Cracking the Code," delves into the constitutionality of President Lincoln's use of executive orders during the Civil War, more specifically, in regards to taking control of the private railroads and telegraph companies.

Samuel has been, and still is, an active Registered Nurse, working in the Emergency Department. He is married to his high school sweetheart, Lanna, who is also a nurse. Prior to becoming a lawyer, he has also served as an expert witness on medical malpractice cases. His practice areas include contract law, personal injury law, family law, and other general civil law. In his spare time, Samuel enjoys playing a round of golf while enjoying a cigar.

Tennessee
Board of Professional Responsibility of the Supreme Court of Tennessee
ID Number: 037548
Since 2019