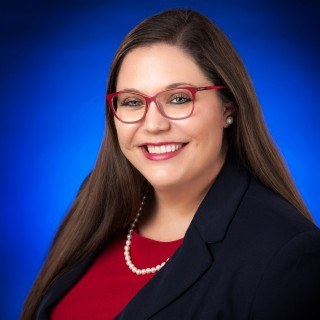 Sasha Boersma was born and raised in Southwest Michigan. She attended River Valley High School in Three Oaks, Michigan, and then Western Michigan University. She first voiced her ambitions to be a lawyer in a 5th grade “I want to be a lawyer when I grow up” essay. These ambitions were greatly influenced by her late father Craig, who was incredibly proud to see her reach that goal when she graduated from the Honors Program at Valparaiso University School of Law in 2013. She was admitted to the Michigan Bar in 2013 and the Illinois Bar in 2016.

She became accredited to represent veterans before the Department of Veterans Affairs in 2012. She takes great pride in fighting the VA to ensure veterans receive the disability benefits they deserve after their service ends.

In 2011, Sasha became familiar with Social Security Disability. Seeing the difficulties people with disabilities faced to access these benefits motivated her to continue this work at Conybeare Law Office. She also serves on the Board of Directors for Disability Network Southwest Michigan, which runs two centers for independent living in 8 counties in Southwest Michigan.

When she joined Conybeare Law Office, Sasha was introduced to Michigan Workers Compensation and quickly discovered that injured workers often needed an attorney to stand up for them against the insurance companies trying to deny their benefits. Her work in this area has been recognized by the top publications in the field. She was selected to the Inaugural edition of The Best Lawyers in America©: Ones to Watch 2021 for Claimants Workers’ Compensation Law and again in 2022. She was also selected to the 2021 Michigan Rising Stars list by Super Lawyers.

Volunteer of the Year
Michigan Center for Civic Education
2021

Department of Veterans Affairs
Since 2012