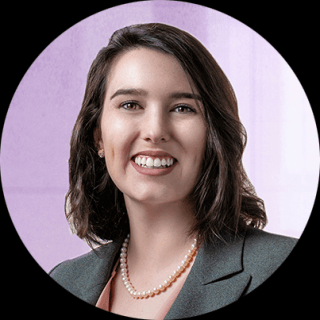 Originally from Athens, Ohio, Sierra moved to the Cincinnati area to attend the University of Cincinnati College of Law. While in law school, she interned at a variety of non-profit associations one of them being the Legal Aid Society of Greater Cincinnati. There, she helped immigrants file asylum applications and she also helped survivors of domestic violence. During her last year of law school, she participated in the Domestic Violence Clinic, representing clients who were filing protection orders to prevent abuse and harassment. Sierra quickly learned that people attempting to persevere through difficult situations need an advocate that is not only zealous in representation but compassionate to the client’s struggles.

Sierra joined TIBBS LAW OFFICE in 2018 and received her Ohio bar license in May 2020. Her practice is devoted to family law including divorce, dissolution, child custody, child support, post-decree matters, and civil protection orders in Hamilton, Warren, Butler, and Clermont counties. She looks forward to expanding her practice to include family-based immigration and helping families reunite.

In her spare time, Sierra enjoys spending time with her cats, reading, indulging in reality television, exploring local parks and museums, and enjoying unique bourbons from around the area.