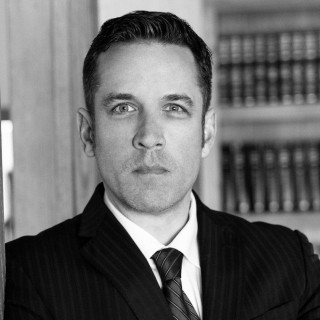 Stephen Demik specializes in complex civil and criminal litigation, and trials of all types. He is an experienced trial attorney, practicing in state and federal courts for nearly 15 years. He speaks Spanish proficiently.
A graduate of University of California, Hastings College of the Law and a faculty teacher at the Trial Lawyers College, Stephen Demik has a wide background in many areas– from civil plaintiffs work to criminal defense, from tribal court to immigration law, from juvenile court to Guantanamo Bay. For over 14 years, he has tried cases in both state and federal court, in both South Dakota and California. He is an accomplished and experienced trial lawyer that prides himself on zealous and aggressive representation, securing the best results for his clients.
Mr. Demik has handled nearly every variety of criminal case, from misdemeanors to felonies to extradition cases, from immigration court to Guantanamo Bay. He has tried over 50 federal jury trials, in three separate federal districts– from San Diego to Los Angeles to Rapid City, South Dakota. Mr. Demik is admitted to practice in South Dakota, California, the United States District Court for the Southern and Central Districts of California, the United States District Court for the District of South Dakota, United States Courts of Appeal for the Eighth and Ninth Federal Circuits, and the United States Supreme Court.
He received the E. Stanley Conant Award for the “Unselfish Devotion to Protecting the Rights of the Indigent Accused” from the Board of Directors of the Defenders Programs of San Diego in 2008. He is a graduate of the National Criminal Defense College, Trial Practice Institute. And he has been a faculty teacher at the Trial Lawyers College since 2009, teaching trial skills to civil plaintiff attorneys and criminal defense attorneys around the country.