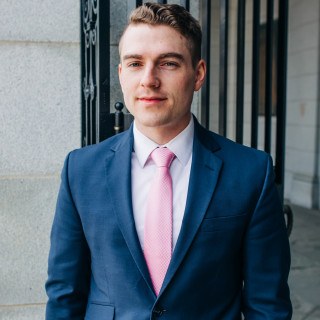 Stephen Sweatt is an attorney who grew up in Scarborough, Maine, where he attended Scarborough High School. He graduated from the University of Southern Maine in with a degree in Biology, followed by earning his Juris Doctor of Laws at the University of Maine School of Law.

While in law school, Stephen served as a student attorney at the York County District Attorney's Office, negotiating at dispositional conferences, conducting case screenings, and representing the State in suppression hearings and various other criminal proceedings. Additionally, during law school, Stephen was a student attorney at the Cumberland Legal Aid Clinic, where he represented clients in various criminal and civil matters, including guardianship, divorce, parental rights and responsibilities, protection from abuse, and criminal defense.

Stephen received the Laurie A. Gibson Award for Excellence awarded to the applicant who obtained the highest score on the essay portion of the Maine Bar Examination.

Stephen practices in the areas of Divorce and Family Law, Criminal Defense and Business Litigation. He is licensed to practice law in Maine State and Federal Courts.

Maine
Maine Board of Overseers of the Bar
Since 2019