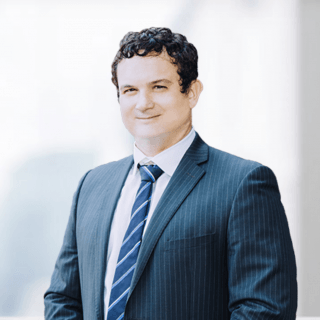 Steven Fairchild graduated from Georgetown Law in 2006 and subsequently moved to New York City. There, he worked for a number of years in large firms (Morgan & Finnegan and Loeb & Loeb), mostly on complex patent litigation cases. After having gained the experience with corporate law firms, Steve ventured on his own and branched out into other areas of intellectual property, in addition to handling other civil litigation matters.

Mr. Fairchild is a registered attorney in good standing with the States of New York and New Jersey, the Court of Appeals for the Federal Circuit, the Southern District of New York, and the U.S. Patent & Trademark Office.

Here is what clients say about working with Steven:

"Steven has made time to answer any questions that I had along the way and has fought and rooted for my patent and my product since we met. He is passionate about his work and his clients." Kim V., Brooklyn NY.

"My team was sued by someone who tried to take away our ability to travel the country to visit the children. It was a copyright infringement case that Steven took on with a vengeance! His knowledge of due process and copyright law helped greatly to win and get this book back on the market." Mark Peterson

“First thing we do, let’s kill all the lawyers.”

If Shakespeare had known Steve Fairchild, he might never have written this line.

Steve is intelligent, thoughtful, competent, thorough, kind, courteous, sincere, patient, and loyal. He has an integrity of the highest degree.

He treats both the officers of the court and his opponents with respect and courtesy, even if it is not reciprocated."

Q. Can I patent a Takeda compound already in use to a new use in humans which is not covered in the patent?
May 23, 2020
A: Absolutely. They're called "method of treatment" patents. I'm very familiar with them and help you prepare an application for filing with the USPTO.

Q. Hello, I would like to know if its possible to claim a inanimate object such as air?
January 22, 2020
A: You cannot claim something natural. It has to be manmade. You can claim a machine or device that uses air. For instance, a hot air balloon.