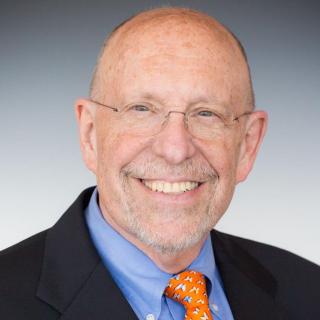 Steven Kazan has played a significant role in asbestos litigation for over four decades. He filed his first case on behalf of an asbestos victim in 1974 and since then has represented thousands of injured workers and their family members in court cases. He has dedicated the majority of his practice to representing workers suffering from mesothelioma in third party asbestos lawsuits (against manufacturers, contractors, distributors, and premises owners). In addition, he also represents victims of asbestos lung cancer as well as seriously disabling asbestosis. Steven was nominated by the U.S. Trustee and appointed by the U.S. Bankruptcy Court to serve as a member or as counsel to victim members on almost all asbestos bankruptcy reorganizations. In almost all cases where the bankruptcy reorganization is approved, he has been approved by the federal court to serve as a member of The Trustees’ Advisory Committee to work with the trust on behalf of asbestos victims. For over forty years, Steven has been a lecturer, speaker, moderator, program chairman and participant at various legal, medical, and insurance seminars and conferences throughout the world focusing on asbestos, toxic torts, and mass torts. He has lobbied and testified in Congress on behalf of asbestos victims and before the Senate and House Judiciary Committees on asbestos litigation and legislation.

Founding, Senior and Managing Partner
Kazan, McClain, Satterley & Greenwood APLC
1974 - Current
Since filing my first case on behalf of an asbestos victim in 1974, I have built a nationwide practice and reputation in asbestos litigation. Kazan Law has represented hundreds of people with cancer, especially people suffering from mesothelioma, across the United States, Canada, Mexico, and the United Kingdom. The Firm is consulted by and gives advice to over a thousand potential clients each year. We have filed over two thousand cases over the years.

Assistant United States Attorney, Civil Litigation Division
U. S. Attorney's Office, Northern District of California
1969 - 1971
Prepared and tried cases on behalf of the United States government, the Department of Justice, and many other government agencies.

Assistant to the General Counsel, Appellate Litigation Division
Interstate Commerce Commission
1967 - 1969
Briefed and argued more than 30 cases in special federal district courts all over the country. Briefed and won 4 cases in the United States Supreme Court.

California Consumers Attorneys of California
Board of Governors
1980 - 1995

Watch this client video explaining why she chose Kazan Law to represent her and what her experience working with the firm was like.

Meet attorney Steven Kazan, founding, senior and managing principal of Kazan Law representing asbestos victim since 1974. Our particular expertise is as mesothelioma lawyers - experienced attorneys fighting for victims of mesothelioma cancer. Located in Oakland, but also represents clients throughout California and across the United States, Kazan Law has a nationwide practice and reputation in asbestos litigation.