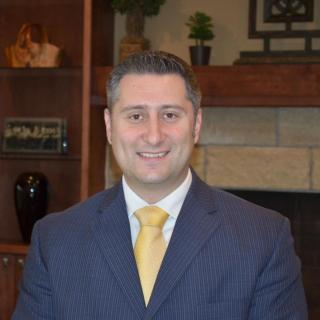 Steven Coodin was born and raised in Winnipeg, Manitoba, Canada . He received his Bachelor of Arts Advanced Degree from the University of Manitoba in Winnipeg in 1996. He later attended law school at Thomas Cooley Law School in Lansing, Michigan and graduated in the fall of 2001. He has been practicing law since he was admitted to the Minnesota State Bar in 2002 and primarily works in the area of criminal defense and family law. Steven prides himself in his work ethic and dedication to his client's cases. Steven formed his own solo attorney law firm in 2003 and as his caseload substantially increased over the recent years he formed a partnership with Attorney Paul Overson. Steven also dedicates his time to speak to defendants in Washington County Court, in Stillwater, as a member of the Washington County Defense Panel where he enjoys meeting with people who have legal questions. Steven lives in Woodbury, Minnesota, and enjoys playing hockey, weightlifting, and following the N.H.L., as well as spending time with his wife and two daughters.