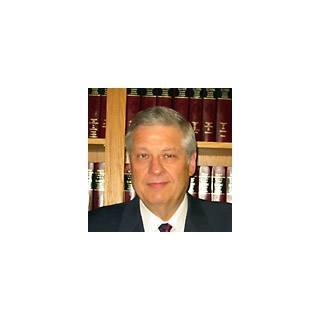 Stewart C. Orzoff is the founder and senior member of the Orzoff Law Offices. He has been a licensed practicing attorney in the State of Illinois for the past 43 years. He represents both injured workers who have claims under the Illinois Workers' Compensation Act and individuals who have personal injury claims.

Mr. Orzoff is an experienced litigator and counselor. His expertise, particularly in the field of workers' compensation, is widely recognized by his peers as over 50% of his cases are referred to him by other attorneys who are not familiar with the intricacies of successfully representing a client in a workers' compensation claim. Among his attorney peers he is considered to be a lawyer's lawyer. Over the years he has trained many young men and women who worked for him as law clerks and have gone on to become successful lawyers and judges.

Throughout his legal career Mr. Orzoff has successfully represented injured workers from the entire spectrum of the work force. He has represented office workers, laborers, factory workers, tradesmen, airline employees, truck drivers, package & delivery drivers, public transportation employees, government employees, management personnel and many other types of employees from all aspects of industry in the State of Illinois. He has vast trial experience at the Illinois Workers' Compensation Commission and in the Circuit Courts of Cook County and the surrounding counties as well as the Illinois Appellate Court. He is well known for his ability to successfully settle difficult cases due to his organizational skills and extremely high level of case preparation.

Mr. Orzoff takes pride in the personal service that he offers to all clients. At the initial meeting, he offers the client a complete explanation of their legal rights and he proposes a case plan which is designed to eventually bring the case to a successful conclusion.

Mr. Orzoff was born in Chicago, Illinois in 1943 and has lived in the Chicagoland area all of his life. He graduated with a Juris Doctor degree from the DePaul University College of Law in February of 1966. In May of 1966 the Supreme Court of the State of Illinois licensed him to practice as an Attorney and Counselor of Law before all of the courts in the state. At that time he was also licensed to practice before the United States District Courts for both the Northern and Southern Districts of the State of Illinois.

He began his legal career as a trial attorney for a large national insurance company and, at that time, he also began to plant the seeds for what is now the well-recognized Orzoff Law Offices. The impressive growth of his firm can be attributed to a network of referrals from satisfied clients and other attorneys.