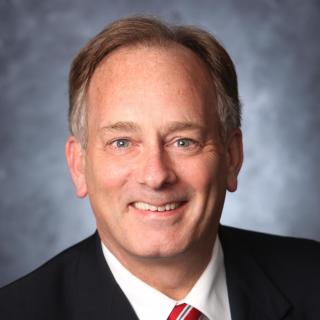 STUART F. CUBBON is a partner and president of Cubbon and Associates, having been an attorney with the firm since 1981. He is admitted to practice in the states of Ohio, Michigan and Florida. He has represented individuals in claims involving auto accidents, product liability, premises liability, medical and nursing home malpractice as well as wrongful death. Honors and recognitions include designation as a Board Certified Civil Trial Advocate by the National Board of Trial Advocates and membership in the Million Dollar Advocates Forum (www.MillionDollarAdvocates.com.) He has also been named a Super Lawyer by Ohio Super Lawyers magazine in 2008, 2009, 2010, 2011, 2012, 2013, 2014 and 2015. Mr. Cubbon is proud to be a past president of the Toledo Bar Association and current board member of the Toledo Bar Association Foundation. Stu actively participates in a number of professional organizations, including the Ohio State Bar Association (Member of its Council of Delegates), American Bar Association, Michigan Bar Association, Florida Bar Association, the Morrison R. Waite Chapter of the American Inns of Court, and the National Conference of Bar Presidents. Outside the practice of law, Mr. Cubbon participates in a number of organizations including serving as a vice president of the University of Toledo Alumni Association and as a member of the UT College of Law Dean’s Advisory Council. He is a board member of the Law and Leadership Institute, LLC. He is a member of Gesu Church. Mr. Cubbon is married to Lucas County Juvenile Court Judge Denise Navarre Cubbon and they are the proud parents of four children: Jocelyn (Billy) DeMars, Stuart (Christine) Cubbon, Jr., Natalie (Kevin) Crotte and Phillip Cubbon. He is also extremely proud of his granddaughters, Quinn and Nora DeMars. He is the son of firm founder, Frank W. Cubbon, Jr.

National Board of Trial Advocacy
Board Certified
Current

Toledo Bar Association
Member, past president, past member of board of trustees
1981 - Current