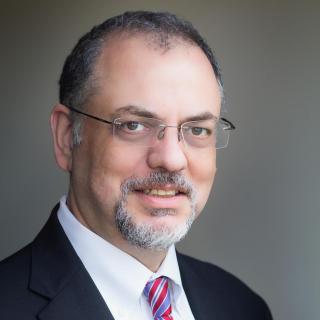 Ted Donner (Attorney) started his legal studies at Loyola University Chicago School of Law in 1987 after a ten-year stint as the box office manager of The Second City in Chicago. His professional experience since then includes work as a law clerk for Corboy & Demetrio, P.C., a summer internship at Welsh & Katz, Ltd., and work as an associate with Rock, Fusco, Reynolds & Garvey, Ltd. Before opening Donner & Company Law Offices LLC, he was an Associate and then Of Counsel to the litigation practice group at Altheimer & Gray, where his practice was concentrated in insurance coverage, antitrust and general commercial litigation. Ted is the President-Elect for the DuPage County Bar Association and a member of its Executive Committee. He was awarded the DCBA's Directors Award in 2008 and, in May, 2011, was named the DCBA's "Lawyer of the Year." He works with Loyola University Chicago School as an Adjunct Professor, where he has been teaching classes for over 25 years in advanced trial practice, pretrial litigation, negotiations, client counseling, appellate advocacy, and jury selection. He has served as a team coach for a number of Loyola's moot court teams including the ABA Negotiation Competition Team and the Chicago Bar Association Moot Court Team. In 1999, Loyola's Moot Court Honors Board named him as the guest of honor for their annual dinner, recognizing him for his "years of outstanding dedication and support" to the law school.