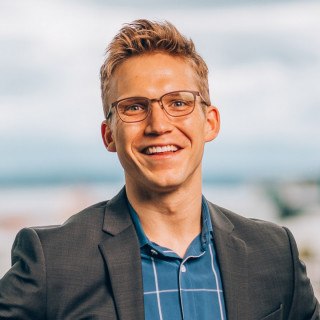 Tim divides his practice among intellectual property litigation, trademark prosecution, and technology licensing. Tim has litigated cases in a wide range of areas and technologies – from trademarks to time interval analyzers. To date, Tim has litigated six jury trials and has argued in the Court of Appeals for the Federal Circuit. Tim also counsels clients in brand development, trademark prosecution, domain name dispute resolution, and contract negotiation.

Tim has been nominated by his peers to the Thomson Reuters Super Lawyers “Rising Star” list every year since 2016. He also served as the Intellectual Property Section Chair of the King County Bar Association for several years, and is a member of the Copyright Society of the USA and the International Trademark Association.

Before becoming a lawyer, Tim built and renovated dozens of residential homes, and ran a live music venue. Tim interned for the Federal Trade Commission and the Honorable Richard L. Young in U.S. District Court for the Southern District of Indiana. Shortly after graduating from the University of Washington School of Law, he concluded his work assisting in the revision of licensing policies at the UW’s technology transfer office (formerly the “C4C”). After the C4C, Tim has worked for several notable Seattle IP boutiques and now he runs his own practice, TBillick Law PLLC.

Intern
Federal Trade Commission
2012 - 2012
Assisted in the investigation in two consumer fraud matters and I helped bring the case towards full prosecution.

Copyright Association of the USA
2016 - Current

Q. Is a short story from 1920 now in the public domain?
January 21, 2021
A: The particular work itself is in the public domain, yes. However, it's possible that *other* works using similar characters and the like could be protected by copyright law. Though your risk of infringement is low here, your best bet is to still consult with an IP attorney to cover your bases.

Q. How much would it cost for one individual to buy an intellectual property, more specifically, a video game character?
January 21, 2021
A: Unfortunately this question will be answered with "it depends." If the character/IP is not being used, you may have some solid negotiating leverage in getting a good price. Please consult an IP attorney to help with this issue.

Q. Is it legal to use pictures found online for private use?
January 9, 2021
A: My colleague gave a good run-down of fair use, but didn't answer your question. If you keep the images to yourself (i.e. don't display the images prominently on social media, make T-shirts, etc.), your risk of infringement here is very, very low. Have fun and don't crit!