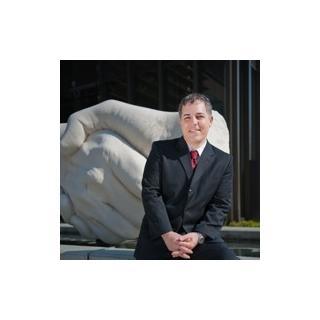 Sacramento attorney Timothy Kassouni founded Kassouni Law on the belief that property rights and personal freedom are intertwined. He passionately considers it his duty and mission to rigorously defend property rights against government and private abuse. Mr. Kassouni has many years of experience litigating against private and public entities at all levels of court, including the United States Supreme Court, the California Supreme Court, the California Court of Appeal, and the Ninth Circuit Court of Appeals to name a few. His litigation expertise in land use, appeals, business, and property rights law has led to legal victories and the setting of legal precedents throughout the state of California. Born in New York, and later spending parts of his childhood in both the California Central Valley and Los Angeles, Mr. Kassouni has a history of interaction with clients from all walks of life, from small farmers to large commercial developers. Further, one could say Mr. Kassouni’s legal career began on the school playground, where he often defended classmates from bullies. An instinct that survives to this day. Mr. Kassouni worked as an attorney for some of California’s most prestigious legal organizations before founding his own law firm in 2009 including the Sacramento County District Attorney’s Office, the Pacific Legal Foundation, and the Zumbrun Law Firm (Ronald A. Zumbrun). While at the Zumbrun Law Firm, Mr. Kassouni served as both senior attorney and legal director to the firm. His legal experience includes complex land use, Constitutional property rights, appeals, business, real estate, and construction litigation in Los Angeles, San Francisco, Orange and Sacramento Counties. Mr. Kassouni also completed a judicial externship for Justice David N. Eagleson of the California Supreme Court in 1988. Education Mr. Kassouni is a Loyola Law School graduate with an undergraduate degree from the University of California at Berkeley.

The Cost of Wetlands in Half Moon Bay - Timothy Kassouni & Ronald Zumbrun
The Daily Recorder
January, 2008

Ninth Circuit Court of Appeals
Since 1990

United States Court of Claims
Since 2006

Q. Question: Corporation installed an 18 inch under ground steel pipe across my farm without permission to transfer h20
January 17, 2019
A: Unless the corporation has a written recorded easement, or a prescriptive easement to allow for the installation of the pipe, you may have a claim for trespass. You should research the title to your property and also call the corporation to inquire as to the legal right to install the pipe. You may want to consider consulting a property rights lawyer to review your documents and to develop a legal strategy if necessary. For more on property rights law visit www.kassounilaw.com

Q. SC fence has been on property for 25 yrs/ person who owns land behind says I'm 3 feet on his property must I remove ?
January 17, 2019
A: You may have prescriptive easement over the three feet which will allow you to continue to use that area as before. If you paid property taxes on this three foot strip of land you may also have ownership of it based on the law of adverse possession. You should carefully review your property tax records. For more on easement law visit http://www.kassounilaw.com/real-estate-law/easement-law/, or just give me a call.

Q. How does the U.S. Constitution or a state constitution differ from other sources of law?
December 27, 2013
A: I assume what you are asking is what is the difference between a constitution and statutory law. If so, the answer is rather straightforward. A constitution is a grant of authority from the people to its government. A constitution lays out the structure, powers, and limits on government. For example, the US Constitution creates three branches of government --Congress, the President and the Courts. Article 1 section 8 of the Constitution says what Congress can write laws about, and the Bill of Rights places explicit limits on government action. By contrast, statutes are rules or regulations passed pursuant to constitutional authority. For example, the US Constitution gives Congress authority to create a post office. Congress may thus pass a statute that creates a post office in Chicago and a law that determines how much will be spent on the post office etc. If a statute is contrary to the Constitution it is void. You might also be interested in the following article which outlines the differences between the California Constitution and The United States Constituion http://www.kassounilaw.com/constitutional-law/constitutional-law-governm...