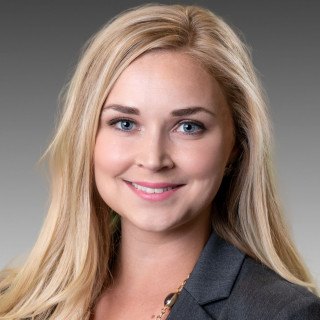 A criminal defense attorney representing clients in Kansas City, Missouri, Tracy Spradlin is a partner at the Spradlin Kennedy Law Firm. Known as one of the most promising young attorneys in the region, she handles cases of assault, check fraud, trespassing, property crimes, drug possession, driving while intoxicated, domestic violence and traffic violations. She is passionate about protecting the rights of the accused. In 2017, she received Missouri Lawyers Weekly's distinguished "Up and Coming" award.

Along with clients in Kansas City, Ms. Spradlin also represents those in Lee’s Summit, Independence and Jackson County, and clients in both Kansas and western Missouri. One of the most requested guest speakers in Kansas City, she was given the President’s Award from the Young Lawyers Section of The Kansas City Metropolitan Bar Association.

Ms. Spradlin also works to help clients who have been convicted of certain crimes to expunge their records so they can have a fresh start and a successful future. A graduate of the University of Missouri – Columbia, she graduated in 2008 with honors as a Journalism major and a minor in English. She then earned a Juris Doctor from the University of Missouri – Kansas City School of Law in 2013, and is admitted to practice in Missouri, Kansas, the United States District Court for the Western District of Missouri, and the United States District Court of Kansas.