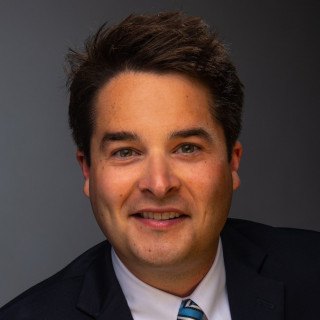 Before moving to the St. Louis area in in 2002, Vince lived in a small town in western Kentucky called Central City. There, he was ingrained with small town values: hard-work, responsibility, and community. Although his poor coal-mining community did not have much, the people there prided themselves in the way they treated others.

As a student at Chaminade beginning in middle school and through high school, Vince learned that every person deserved the same respect, dignity, and appreciation as himself. Upon graduating in 2011, his classmates and teachers awarded him with the "Esto Vir" Award (Latin for "Be a Man"), the highest honor given to the one student upon graduation.

After receiving his Bachelor's degree in Political Science from College of the Holy Cross in Worcester, Massachusetts, Vince returned to Kentucky to attend law school at the University of Kentucky. There he led the Trial Advocacy Team to a 3rd place finish at the National Trial Competition in Austin, Texas, the highest finish in the school's history. Moreover, Vince's academic excellence gave him the requisite knowledge necessary to serve his clients.

Now, as the founder and managing partner of The Taormina Firm, Vince hopes to use his life-long passion for service and the pursuit of knowledge to advocate on behalf of his clients in estate planning and personal injury.