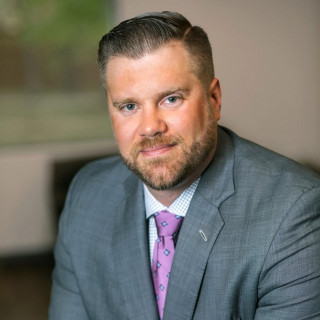 Cagney McCormick zealously represents injured plaintiffs across the United States. He is the only Personal Injury attorney in Texas to be licensed in at least 7 states and one federal district.

Mr. McCormick is a native of the South Dallas area growing up in Ellis County. He attended the University of Texas at Austin, and graduated in three years with dual degrees in Government and American Studies. After graduation, Mr. McCormick joined Dell Inc. where he quickly became a top sales representative in the company’s non-commercial department. He attended evening classes at St. Mary’s School of Law in San Antonio, while still working full time at Dell. In addition to managing a full-time corporate job and night school, Mr. McCormick completed a thesis focusing on cyber security law — a thesis that was later published by Southern Methodist University School of Law. He spent any extra time working in the school’s Center for Terrorism Law. Mr. McCormick graduated, after four grueling years, with a Certificate of Concentration in Criminal Studies after his law school approved his thesis.

After being admitted to the State Bar of Texas in 2012, Mr. McCormick joined a large Personal Injury Firm based in Corpus Christi and was tasked with opening their first satellite office in San Antonio. After two years, he managed over 40 employees. Due to his large volume of big fee settlements month after month, his co-workers gave him the nickname “Rainmaker” for his aggressive negotiating strategy and success.

Over the years he has continued to be aggressive and has even had Geico Insurance file a petition claiming that he led a “campaign of intimidation” against their company because he fought “too hard” for his clients. Mr. McCormick believes in fighting for every client like he would fight for his own family member.

Georgia
State Bar of Georgia
Since 2021

Michigan
State Bar of Michigan
Since 2022

Ohio
Supreme Court of Ohio Office of Attorney Services
Since 2021