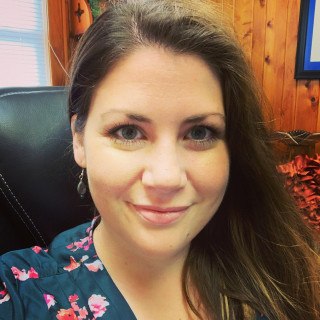 Whitney Young is a North Carolina native, having lived in nearly all of its major cities including Raleigh, Charlotte, and Asheville. She first moved to Elizabeth City in 2009 to begin her teaching career at River Road Middle School, shortly after graduating from Appalachian State University as a NC Teaching Fellow and Honors Student Teacher. She was passionate about working with at-risk children, which is what drew her to the Albemarle area.

After several years of teaching, Whitney met her husband, Steven Young, a native of Elizabeth City, who was active duty US Army. During their first year of marriage, Whitney relocated to Steven’s duty station in Clarksville, Tennessee where she taught high school for one year prior to entering law school.

Whitney attended Regent University School of Law in Virginia Beach, Virginia. While there, she stayed with her in-laws, John and Jeannie Young of Elizabeth City, both of whom are very active in the local community. In Fall 2014, Whitney was given an academic achievement award in family law, after achieving the highest grade in a class of nearly 70 students.

She went on to study family law and civil litigation as an intern with several local law firms, including Gunther Law Group of Hertford, NC and The Twiford Law Firm of Elizabeth City. After completing law school and passing the bar exam, Whitney began working as an associate attorney at Twiford. In total, she spent nearly five years with Twiford before deciding to open her own firm.

Whitney is passionate about continuing to serve local children through family law, adoption, and DSS litigation. She is a zealous advocate for each of her clients and is often described as "accessible," "transparent," and "cost conscious." She also offers payment plans for those that need them.

Friends of the Museum of the Albemarle
Board Member
2018 - Current

Q. I just recently had a first appearance with my girlfriend of 8 years for domestic abuse. We had an argument that led to
January 16, 2020
A: If you file a separate court action for child custody, and parenting agreement or order that comes out of the custody case will trump the supervised visitation in the domestic violence case. I would highly recommend you hire a local attorney to help you with that, especially since she is represented.

Q. I married in January 2019 and broke up in February 2019. What's my separation date?
January 15, 2020
A: I agree with Mr. Bull, but to define “physically apart,” it’s when one spouse moves out of the “marital home.” So, it appears your separation date would be the 14th of February when he moved out, assuming one of you also had the intent for his move to be a permanent end to the marriage.

Q. I’m going to court for a civil case for child support if I bring money for payment would the judge honor it
January 14, 2020
A: It sounds like the child support agency is seeking contempt of court against you for failure to pay. If you bring the full amount owed to court, the judge will likely not hold you in contempt, which means you would not go to jail. Most judges will honor partial payment as well, especially where I practice in Northeastern NC. However, they will set up a payment plan for you to catch up on the remaining balance and order you to pay court costs. Under this scenario, you would not go to jail. With this being the first appearance, you could request court appointed counsel. If you qualify, an attorney will be appointed to represent you and the case will likely be continued, which will allow you time to save more money to go towards the balance owed. Of course, your balance will also increase when the next payment is due at the first of the month. Good luck to you!