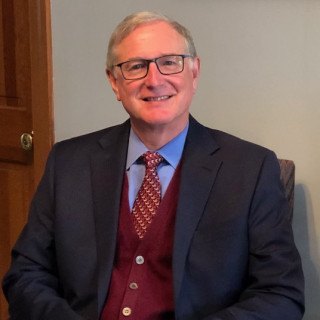 His law practice was heavily influenced by life circumstances; his older brother was severely injured, unconscious for two months and survived with traumatic brain injury. Hence Bill learned how to deal with special needs; eventually, he became his brother’s care manager and Trustee. He also managed the care and finances for an elderly family friend with severe dementia. When his Mother became frail, he managed her needs from independent living through two years of nursing facility care. Hence over time his estate planning and tax practice added elder law and special needs law. As a Veteran, he became a VA accredited advisor to help war period veterans and their families with long term care benefits.

Bill was named the Elder Law Attorney of the Year in 2011, 2016, and in 2018 by the NC Chapter of the National Academy of Elder Law Attorneys (NAELA). He was awarded the Legion of Merit, the Distinguished Service Medal, and the Order of the Long Leaf Pine, the highest award given by the State of North Carolina; he is a 32º Scottish Rite Mason.

He is sought after as a speaker and provides advanced continuing education for Attorney’s, CPA’s, financial advisers, insurance agents, and health care professionals. He serves on the Roanoke Island Historical Association Endowment Board and manages the Percy W. & Elizabeth G. Meekins Charitable Trust, a foundation for the arts and education in Dare County, NC.

Bill hosts the radio show “Asset Protection Today” at 11am each Saturday morning on WPTF 680 AM.

Managing Attorney
W.G. Alexander & Associates
2008 - Current
Bill Alexander is the Owner and Managing Attorney of his law firm, W.G. Alexander & Associates. He opened the firm in 2008 in Raleigh, NC. He also hosts a weekly radio show titled "Asset Protection Today." Bill maintains affiliation with the estate planning and elder law sections of the North Carolina Bar Association as well as the North Carolina Chapter of the National Academy of Elder Law Attorneys.

Order of the Long Leaf Pine
State of North Carolina
2003