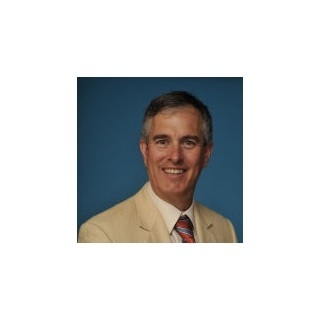 In 2007 served as co-trial counsel in Zevada Enterprises v. Sasson, which resulted in a $3.5 million verdict in a commercial lease contest.

Class actions - has served as a member of the litigation team in class actions resulting in recoveries in the hundreds of millions of dollars, including: Guttierez v. State Farm and Bednar v. Allstate.

Co-counsel on the first California appellate decision to find a right of privacy in a public place, Shulman v. Group W, Inc. (1998) 18 Cal.4th 200

In 2008 he was lead trial counsel in Decena v. Pacific Specialty Ins. Co., which resulted in a $1.2 million verdict in an insurance bad faith dispute, including $600,000 in punitive damages.

As counsel in insurance matters he has obtained multiple seven and eight figure recoveries for a variety of clients including Northridge Earthquake victims, physicians and small businesses. He has successfully prosecuted matters for individuals suffering serious personal injuries such as brain injury, spinal cord injury and wrongful death, including drug product liability, automobile and dependant adult abuse. He represents business owners in contract disputes including intellectual property and real estate matters.Ã

He publishes extensively on legal topics and is a co-author of "Movie Money: Understanding Hollywood" (Creative) Accounting Practices (Sillman-James Press, 2d Ed. 2006) and a contributing author to California Civil Discovery Practice, 4th Edition (CEB). In 2007, 2008 and 2009 he was voted southern California "Super Lawyer" by Los Angeles Magazine. He is a monthly columnist for the consumer attorney Advocate Magazine and blogs at www.billdanielslaw.com.

Using Daubert, Kumho Tire and Kelly To Your Advantage
27 Advocate 24

Asking for Whom the Statute Tolls: Continuing Representation and the Statute of Limitations
29 Advocate 16

Getting Ahead of the Procrastination Curve
35 Advocate 28
June, 2008

Deposition stipulations, or do you know what you're giving up?
35 Advocate 18
April, 2008

Book Review: Getting a Winning Verdict on My Personal Life: A Trial Lawyer Finds His Soul
34 Advocate 12
September, 2007

Five fatal bad faith mistakes and how to avoid them
34 Advocate 14
August, 2007

Aguilar and the New Face of Summary Judgment
28 Advocate 28
July, 2001

Consumer Attorneys Association of Los Angeles
Board of Governors
2000 - 2008