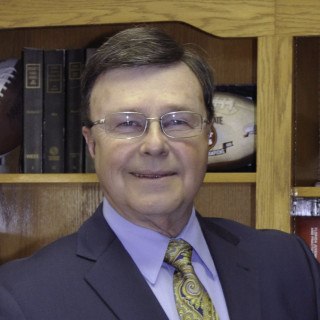 Bill was raised in the Lakeland Highland in Polk County, Florid. He attended Summerlin Institute, now known as Bartow High school.
He attended Polk Community College, now known as Polk State College in Winter Haven, Florida where he graduated with honors and was selected for Who’s in American Junior College. Bill then attended Florida State University, graduating with a Bachelor of Science degree in 1968. He went on to attend the Florida State University of Law, graduating with honors in 1973.
He worked for the Attorney General’s Office during Law School, handling criminal appeals for the State of Florida. During his Law School years he also assisted in re-writing the tenure of the Florida County Commissioners Manual and authored the chapter on Home Rule. His first employment was a part-time Polk County Attorney and part-time public defender in Polk County. He then became a full-time public defender due to his passion for trial practice and he tried 23 jury trial and many more non-jury trials during his stint there.
He then became Chief Assistant Prosecutor for Highlands County in December 1975, where he handled 45 jury trials and well over a hundred non-jury trials. Bill has been in private practice since 1978; dealing in criminal, family and civil trial practice for many years and in criminal trial practice for the last decade. Bill has tried 1st degree murders, 2nd degree murder, manslaughter, vehicular homicide, drug smuggling, sexual battery and all types of misdemeanor cases, both as a prosecutor and as a defense attorney. Bill belongs to the Highlands County Bar Association as well as the Florida Association of Criminal Defense Attorneys.
He has had the honor of working with the late Jack Edmund, esq., a Polk County defense attorney legend.