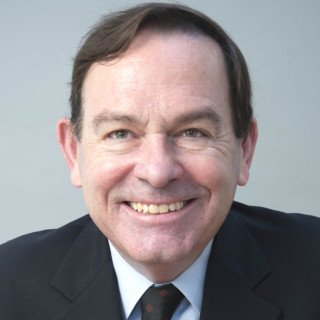 William Bryk is an attorney-at-law in private practice in Antrim, New Hampshire. He retired from the City of New York after over 26 years’ service, concluding his career at the Department of Correction as an Agency Attorney III assigned to the Trials and Litigation Division from March 2002 to April 2010. He prosecuted disciplinary proceedings against uniformed and civilian employees, which included drafting pleadings, conducting pre-trial conferences and pre-trial motion practice, and settling or trying cases before administrative law judges at the Office of Administrative Trials and Hearings (OATH), the municipal administrative law tribunal. He also briefed and argued over thirty appeals from OATH decisions to the New York City Civil Service Commission. Mr. Bryk previously worked in the offices of several New York City officials, including the Comptroller, the Manhattan Borough President, the President of the Council, and City Council Member Walter L. McCaffrey. He had also worked for the Board of Education and the Human Resources Administration-Department of Social Services and served as a law assistant in the Civil Court, an administrative law judge with the Department of Finance, and a per diem hearing officer with the Housing Authority. He has practiced law both as a solo practitioner and in association with the firms of Bondy & Schloss and Levy, Boonshoft & Spinelli, where he argued before New York state and federal courts. He continues to serve by judicial appointment as a guardian and as a court examiner of guardians’ annual accounts. He received his baccalaureate in economics from Manhattan College in 1977 and law degree from Fordham University in 1989. He was admitted to the New York bar in 1990 and to the New Hampshire bar in 2017. He has also been a literary journalist for over two decades. He was recently appointed a Justice of the Peace for the State of New Hampshire.

Q. How do I file for a Motion for a Relief from Stay in NH? Tenant filed for Chapter 7 before signing his lease.
March 18, 2019
A: First, are you sure he filed for bankruptcy BEFORE signing the lease? If so, the lease is a post-petition event and, unless the law has changed that much in 30 years, I don't believe you need to file a lift-stay motion to evict him. Second, let's play it safe. Assuming you are in NH, a lift-stay motion ought to be filed at the Bankruptcy Court in Concord. The Court has many motion forms online. I recommend retaining counsel just to be on the safe side because you want the non-paying tenant out of your house.

Q. How long does a bankruptcy automatic stay last?
April 6, 2018
A: For the duration of the case, unless the creditor brings a motion for relief from the automatic stay. Such a motion must be brought upon notice, providing the debtor with the opportunity to respond.

Q. What happens if I am being sued and file for bankruptcy?
January 8, 2018
A: A bankruptcy filing acts as an automatic stay against all collection activity. The creditors may not directly contact the debtor once the petition is filed. No letters, no telephone calls, nothing. Of course, the creditors may contact the debtor's attorney. This rarely happened in the cases I handled for debtors over the last 28 years.