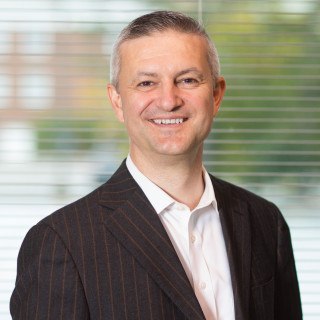 Alan is a securities attorney, adjunct professor of Securities Regulation, and speaker and author on Ponzi schemes, investment fraud, cryptocurrencies, and securities regulation. He is often interviewed in the media on topics ranging from fraudulent investments to bank regulation and professional liability.

Alan focuses his legal practice primarily on complex litigation and arbitration arising out of disputes related to investment or securities fraud, market manipulation, corporate governance, and antitrust. Alan has represented thousands of investors across the country and in over 60 countries around the world, in cases against entities accused of securities fraud as well as financial industry members and other professional organizations that played a role in enabling or facilitating fraudulent investment schemes.

Alan is also an adjunct professor of securities regulation at Cleveland-Marshall College of Law, Cleveland State University. Alan received his Juris Doctor degree summa cum laude from Cleveland-Marshall College of Law, Cleveland State University in May 2008, and his MBA degree in International Business from Baldwin Wallace University in 2001. While in law school he served as a Managing Editor of the Cleveland State Law Review, received the Dean's (full) scholarship for the entire Juris Doctor program, was on the Dean's List and won the "Best Orallst" award in the Jessup Moot Court competition. Pacific Region. He passed the Ohio Bar exam in top 1%, with the highest grade in the state to the multi-state (federal law) section. He is licensed to practice law in Ohio and several federal courts nationwide.

Are You About to Be the Victim of a Ponzi Scheme?
Entrepreneur
January 2, 2021

The Flip Side Of The Registered Investment Adviser Explosion: What Investors Need To Know
Benzinga
December 11, 2020

That advice about not looking at your portfolio when the market crashes?
Medium
October 5, 2020

Alan primarily represents investors who lost money as a result of investment fraud or misconduct. His legal practice is focused on complex financial and commercial matters, particularly in the areas of securities litigation, investment fraud, antitrust, and international disputes. He often represents institutional and individual investors in disputes with financial industry members. He pursues claims on behalf of investors through class actions in state or federal court and FINRA arbitrations.