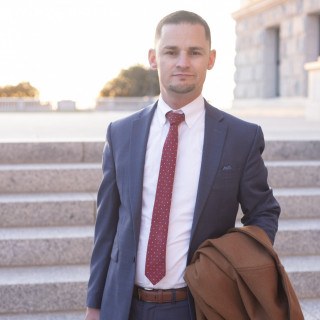 Andrew Fackrell has been practicing Family Law in the the State of Utah since 2011. In that time he has appeared in countless court hearings and mediations throughout the state, and has represented scores of men and woman in a wide variety of domestic relations matters, including divorce, child custody, child support, alimony, step-parent adoptions, protective orders, enforcement and contempt proceedings, and modifications of existing court orders.


Andrew is licensed to practice law in the federal and state courts in Utah, and is a member of the Utah State Bar's Family Law and Constitutional Law sections. He received his Bachelor of Arts in political science from the University of Utah and his Juris Doctor from Western State University College of Law.


Andrew is a husband and a father of four children. In his free time, he enjoys writing and playing music, studying history and constitutional theory, and grilling a good steak.