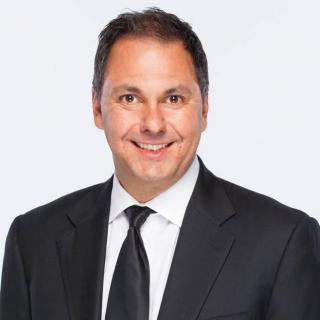 A. Jason Velez is the founding partner and creator of 1LAW®, a culmination of his lifelong efforts to provide compassionate, accessible legal services in a modern environment. 1LAW began as a thriving practice based in his hometown of St. George, Utah, and has since expanded to provide representation to clients in Utah and Nevada, with offices in Arizona and California on the horizon. Velez is an alumnus of the University of California, San Diego, and the University of Utah College of Law, and was admitted to the Utah State Bar in 2001. He also completed international studies at the Universidad de Chile, where he expanded his expertise in a range of international issues, ranging from environmental law to immigration matters. He has also been actively involved in the Innocence Project, a nonprofit organization dedicated to proving the innocence of wrongly convicted individuals through modern DNA and forensic technology. Today, Velez is a member of the Utah Association of Justice, and has been named one of the Utah Legal Elite on three separate occasions (2005, 2006, 2011). In addition to his commitments at 1LAW, Velez is passionate about providing pro bono services, and works closely with non-profit organizations in his community to provide legal services to those in need. Representative work: Tried and settled cases in excess of $25 million in aggregate. Recently obtained a single-case settlement of $1.25 million for a personal injury client. Commercial liability claim resolved for $5.5 million without litigation due to intense pre-lit work up. Semi-auto accident claim involving multiple plaintiffs resolved for $3.9 million. Successful trial and appellate work includes: Moscoso v. Gonzalez, 10th Circuit Court of Appeals, Case No. 05-9524 (2006) Gonzalez-Martinez v. DHS, Federal District Court, Case No. 2:08 cv 800 (2009) Lemmon v. Williams, Fifth District Court, Case No. 07052495 (2010) Velez is happily married, with two young sons.