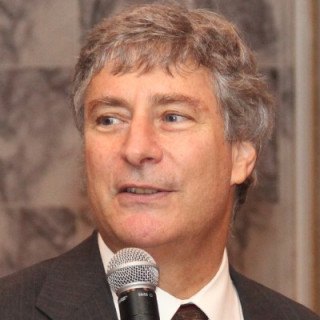 Bernard Crane graduated from George Washington University, and earned his law degree from Catholic University. He's been practicing criminal and business law in the Washington area since 1985. For over 30 years, he's zealously fought for clients accused of all types of crimes - from marijuana to murder and carjacking. There's almost nothing he's not already seen and learned to deal with, both in the courtroom and at the negotiating table. He's helped thousands of people get through some of the worst times in their lives. He can help you, too.

INVESTIGATIVE BACKGROUND
Before becoming an attorney, he was a private investigator, conducting investigations across the county. Prior to that, he served as a police officer, including working undercover in narcotics. He know how investigations are built, so he know where their weak spots are. He's been where the arresting officer has been, so he know what he sees. More importantly, he know what the officer misses.

TRAFFIC ALCOHOL CASES
Mr. Crane has completed an in-depth advanced training course on traffic alcohol cases approved by the National Highway Traffic Safety Administration, and become one of the few attorneys who have earned certification in Standardized Field Sobriety Testing. This means he's been trained in exactly the same procedures the officers must use to make arrests for DWI or DUI. He can spot errors and omissions in their reports that frequently result in cases being dismissed.

BUSINESS WORK
He's advised and handled the legal needs of countless businesses, including accountants, doctors, restaurants, nightclubs, I T vendors (hardware and software), labor services providers, and government contractors. He's guided clients' businesses from start-up to becoming major players, and helped them with government contracts, bid protests, liquor licensing, union disputes, corporate agreements, leases, buy-sell agreements, and all other business matters. He treats YOUR business as if it were HIS business.

Q. Can the state pick a charge up on you if they dismissed the charges for a federal indictment
July 19, 2021
A: Generally, yes. Different soverign, so double jeopary doesn't apply.

Q. What can I do for a family member that is incarcerated and needs psychiatric care?
July 19, 2021
A: Where is he in the process? Is he pretrial, presentence, or serving a sentence? If he is being held pretrial or presentence, talk to his attorney right away. The attorney will know what resources are available locally to help, and how to get the Pretrial Services Agency or the jail to do what they need to do. It oucld be as simple as the attorney filling out a "MEDICAL ALERT" form and sending it o to the judge, or calling the judge's clerk. If he is serving a sentence, you could still try to talk to the attorney who represented him at trial and see if he can help with a motion to amend sentence or a motion for emergency examination or emergency hospitalization. You could also call the institution and ask the name and number of the person's counselor or case manager, and call that case manager. Its best to follow up immeidiately with a letter or email, so you have somethig in writing. If you don't get anywhere with that, ask who is the warden of the institution, and call or write to him. When the top boss calls the case manager and asks why he is hearing from family about something the case mnager should have picked up on, things sometimes start getting done faster. BUT, don't say it in such a way that it seems to be a complaint against the case manager. Remember, your relative has to deal with this person on a day-to-day basis, and he can make your relative's life much worse if he doesn't like him.

Q. Hi. I was wondering during if I would go to jail for a second theft charge?
July 19, 2021
A: Its almost impossible to answer this question in a vacuum. There are too many variables. You say your "LAST" theft charge. You didn't say your "only other" theft charge. If this is your third or more theft charge, there is a higher probaility of at least SOME jail time. Judges generally believe that each successive conviction should earn you a progressively more stiff sentence. Its like a doctor trying to decide on the correct dosage of an antiviral drug - if the last dosage didn't do the trick, it would be silly to give the patient the same thing again. The more important question is, have there been some signifigant stresses or mitigating factors that caused the person to re-offend? Is it a relapse of some mentail health condition? Did he go off his meds? Did he have a death in the family or lose a career job or break up with a wife? All these and similar factors are things that might make a judge consider a probationary sentence even if its not the defendant's first time around the block. The trick is to point out why THIS situation is different from the last one, and exactly WHY the jduge should take this chance with the person, even if probation didn't work before. A sentecing plan that includes a mental health assessment, an education program or job sounseling program set up and waiting, or things tailored tothe defendant's special needs go a long way in a case like this.